Like a chameleon changing colour Northampton’s Venus Fly Trap are musical outfit constantly taking on new forms: from their early post-goth leanings to their current incarnation as a dark-electronic combo. Time Lapse 1989-1994 collects tracks from three early albums and reassembles them as a compilation which perfectly soundtracks these strange times.

Despite receiving exemplary reviews in Kerrang!, Spiral Scratch and the NME Venus Fly Trap were cold-shouldered by the record buying public on home turf. However, they found great favour on the continent and their ‘89 album Totem was released via French label Danceteria. Gatecrashing the European charts it was a kaleidoscopic album that fractured light in every direction. Opening like the gates of Babylon, ‘Out Of Your Death’ is a bad LSD trip with vocalist Alex Novak delivering his vocals like some strange Jim Morrison/John Lydon hybrid. The cinematic ‘Rainy Latvian Wedding’ positioned the band as the enfants terrible of post-punk and the albums lead single, ‘Europa’, was massively proportioned and controls the listener, rather like the moon and the tide.

Two years later and the Pandora’s Box album opened its lid to reveal an embarrassment of riches. Recorded at SDH Studio in France and with Jean Louis and alternative legend Pat Fish handling production it promised much. Continuing in the vein of its predecessor, only more tightly focused, Pandora’s Box captured the zeitgeist of the early ‘90s. Existing in an age of grunge and acid house Pandora’s Box sounded like nothing else and remains original and fresh, three decades later. Genuinely discombobulating ‘Sidewinder’ is the musical equivalent of a Juraj Herz or Jan Němec film while ‘Achilles Heel’ races out the blocks and skips along on waves of effervescence and it’s these sonic variants, fit intricately together like a puzzle, which makes Venus Fly Trap such an intriguing listen.

Part of the reason The Venus Fly Trap had a shifting sound was the constantly rotating line up. For these three albums they hit a period of stability and that helps Time Lapse flow like a regular album. Warmer and less frostbitten than previous outings 1994’s Luna Tide found the band exploring some organic rock roots. It was a loose concept album that offered a frightening glimpse of a not-too-distant crumbling dystopia. The nuclear meltdown that is ‘Storm Clouds Are Gathering’ appears like radiation on the horizon and bounces from speaker to speaker. The J.G. Ballard tower block nightmare ‘Moscow Menagerie’ was lifted as a single and ticks with metronomic precision, like a bomb primed for detonation. The acoustic ‘Heretic’ closed Luna Tide and, with its Orwellian vibe, makes for an equally haunting conclusion here.

Eleven tracks from three albums reassembled and sent to our present from the previous century Time Lapse is the perfect album for long term fans and the curious alike. 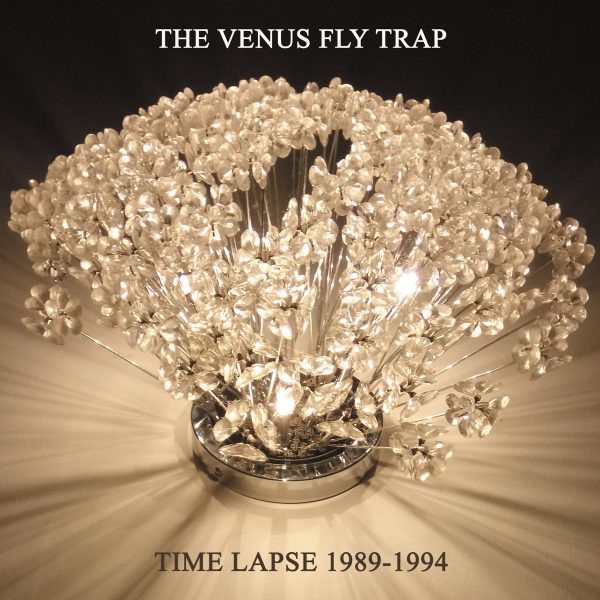