I’m finding it quite hard to find a convenient little niche to put this album in. On the one hand, there are a lot of emo influences permeating the weave – reminiscent of Jimmy Eat World in the vocal lines and guitar riffs in particular. Then again, it’s heavier than emo normally implies, with a lot of furious guitar, drum and bass interplay that’s almost touching on nu-metal (more early Deftones than Finger Eleven, but both are in the mix) at times. Thankfully, Gary ‘McG’ McGuinness’ vocals never stray into growling, meaning that there’s a sense of control and structure throughout that holds everything together. There’s an occasional declaration of his Dublin roots coming through too, which serves to further confuse the classification.

The opening track ‘Burning’ is a good example of what the album offers: big dynamic shifts, impactful choruses, and very clean and tight rhythm section interplay. Current single ‘Never Let Go’ follows this up with a folksy guitar melody line that brings Gary’s Irish roots to the fore. The rest of the album carries on in the same vein – each track is very well-crafted, with a slick combination of melody and rhythm.

For me, though, it’s a little bit too restrained and controlled – it would really benefit from being a bit rougher around the edges to give it a little more character, and make it a bit more fun. Many of the songs follow a very similar pattern, and there’s no playfulness, and no change of tone throughout the album, so the songs blend together. It’s good, but it’s not great. It does, however, display a lot of potential – there’s a lot of talent and skill on display here. It just needs a little more heart to go along with it. 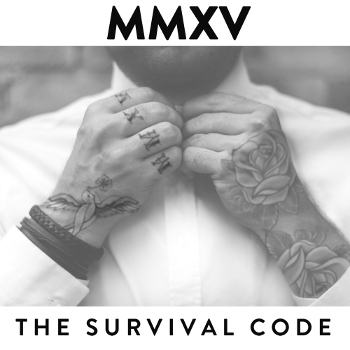