The Struts, the much-loved British rock band who have shaken up America – and beyond – with a much-needed shot of personality and attitude, return this week with the new dance-rocker ‘Fallin’ With Me.’ 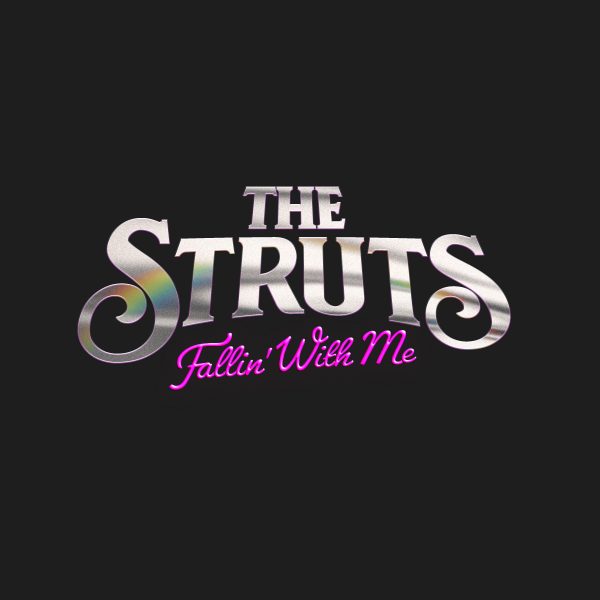 The band’s first new music since signing with Big Machine Label Group in March, ‘Fallin’ With Me’ finds The Struts’ magnetic frontman Luke Spiller commanding listeners to join him in the wonderland that is L.A.’s Sunset Strip. “Meet at the Rainbow, nine forty-five,” he sings. “Wear something trashy, that’s what I like.”

Produced by Jayson DeZuzio (Imagine Dragons) and written by Spiller with The Struts guitarist Adam Slack, Joshua Karp, Jesse Thomas, and DeZuzio, ‘Fallin’ With Me’ was inspired by seemingly endless evenings spent on the Strip.

“The song’s lyrics were written down whilst on numerous nights out with someone that I was seeing at the time,” Spiller says. “We always kept meeting at the same place on the Sunset Strip and after a while I had a collection of phrases and lines that all had a certain feel to them.”

The most evocative is the chorus lyric: “Are you fa-fa-fa-fallin’ with me?” Spiller sings, dramatically delivering the query with a staccato flourish as Slack, drummer Gethin Davies, and bassist Jed Elliot help turn it into a decadent come-on.

“The chorus was intended to be a really heartfelt ballad, but once the music had been recorded it took the vocal delivery to another place entirely,” Spiller says. “Fa-fa-fa-fallin’ was just me joking around and having a laugh, but it quickly became a crucial part of setting the tone of the song.”

Formed in Derby, England, in 2012, The Struts have earned a reputation as a must-see live band. They’ve opened for the Rolling Stones and Foo Fighters, played festivals like Lollapalooza and Governors Ball, and headlined their own globe-spanning tours, mesmerizing fans with their onstage swagger and musicianship and Spiller’s unbridled energy. In 2020, the group released their third album Strange Days, featuring collabs with Robbie Williams, Tom Morello, and Def Leppard’s Joe Elliott and Phil Collen.

And this summer The Struts, have just completed another triumphant U.K. tour where they debuted ‘Fallin’ With Me’ for sold-out audiences.

“Fallin’ With Me’ is something that The Struts have never done before. We’ve done a lot of straight-up rock, but this feels different,” Spiller says. “The response we have been getting while performing it live has been electric, so I’m excited for everyone to hear the studio version!”