‘Ode To Joe’ is album number three from New York band, The Shrieks. Formed from the ashes of Flux Machine, they are led by one Luis Accorsi. In 1977, Accorsi formed Janz Kappela – described in their PR blurb as “perhaps the first punk band in Venezuela”. Accorsi eventually moved to New York, becoming an art dealer and immersing himself in the whole CBGB’s scene – playing with the likes of Manslaughter and Cracked Latin.

Which all, as previously mentioned, leads to ‘Ode To Joe’ (not sure who Joe is, or if he’s real or fictional, but judging by the lyrics his is not a tale that ends well). Flux Machines’ more traditional rock sound has morphed into a punkier, more angular, New Wave kind of vibe with The Shrieks, but with added quirk.

The bands name recalls classic New York bands such as The Strokes (who in turn were influenced by The Velvet Underground and Ramones) and surely this is no coincidence. This album is more New York than eating a huge deli sandwich in a yellow taxi with Al Pacino and Woody Allen while driving over the Brooklyn Bridge. It presumably lives in a skinny leather jacket and a pair of scuffed Converse. But, with Accorsi’s Venezuelan roots, this is New York filtered through the viewpoint of an outsider, which is what gives it its edge.

And we’re off. ‘Lie To Me’ is nicely loose. It’s riff is ready-to-rumble and gives the song a Spector-esque swagger. Many of the tracks are confrontational, hitting you while you’re not looking and running off into an alley. There are moments of dub, New Wave (obvs), country and funk. Actually, there’s quite a lot of funk – sleazy wah-wah adding to a melting pot, streetwise feel. Accorsi does cite Grand Funk Railroad as an influence and there’s also a dash of hippy in his DNA.

There’s a lot of spoken word – much of it seemingly gibberish. Or maybe an impenetrable in-joke – “the ashes we breathe today are the oldest we’ve ever seen”…erm. “it’s the wisdom of the ashes that gets into our brain” – ah, glad that’s all cleared up then.

And there’s more, much more. The guitars are always Stooges scruffy, which is nice. Weirdness abounds quite often, it’s almost punk Zappa. There are several twisty gear changes. ‘Love Or Lust’ kicks out the jams with a whiny 2 minute punk knucklehead of a song. ‘Let Me Go’, meanwhile, is a country punk ballad – a bruised, fucked up wastrel. Jagger and Johansen sharing the vocals over the top of a junkie lament. Needles, spoons and basement rooms.

‘The Climb’ is basically ‘Sweet Jane’ but, hey, this is a NYC album, the ghost of Lou Reed had to make an appearance at some point. Plus, it informs us that we “live inside an éclair”. We’re also treated to a bit of Alice Cooper sleaze before ending with the brilliant ‘Legs’ and it’s nasty, feedback-laden riff. It’s probably got a switchblade stashed away somewhere – it’s trashy is what it is, you’d cross the road if you saw it staggering toward you. It’s howling at the moon fucked up.

Overall it’s a unique sound. And a good one. But, y’know, odd. An album that let’s you get settled in and then starts stretching out, getting weirder. It’s never not sleazy and it’s always waiting for the man. It’s Iggy, The Stones, Lou, Johnny, Dee Dee, Joey. It’s shagged Nancy Spungeon in a toilet somewhere. It’s soaked up the music that drips from the walls of CBGB’s on a good night and spat it back at you. Fuggedaboutit! 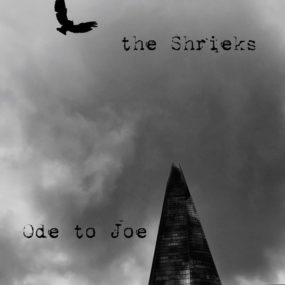