Hailing from France The Scalar Process are a band that’s pushing death metal into new, uncharted territory. With a strong focus on song structure and technicality their debut album, Coagulative Matter, is a game changer that’s certainly going to find the genre forging new ground.

Using an unsettling guitar tone, The Scalar Process create a discordant introduction that entwines itself around the listener as if poison ivy. It’s a sharp, surgical sound that cuts the air with steely precision before, like the thin veil that separates light and dark, it suddenly bursts into life. It’s the first of many paradigm shifts which echo throughout Coagulative Matter and make for an intriguing listen. Case in point being opener proper ‘Cosmic Flow’. It arrives with the force of a buffalo stampede as the huge, chuggy riff crushes everything in sight but then an (almost imperceptible) change occurs which will find inattentive listeners off guard as the band veer off into atmospheric territory with an almost jazzy sensibility and some impressive guitar noodling.

You can trace the roots of The Scalar Process’ sound back to bands like Voivod and Atheist and even factor in the likes of Dismember and Morgoth yet there’s definitely an original edge that defies easy categorisation. Vocalist Mathieu Lefevre has a suitably gruff delivery but not to the point of overkill and his words are largely understandable, which is kinda unique in the genre. Guitarist, bassist and keyboardist Eloi Nicod also plays in Dawohl and he’s brought some of that bands dystopian vision to The Scalar Process. Musically, close parallels can be drawn with American tech legends Fallujah and as if to hammer home the point (quite literally) Scott Carstairs, from that band, makes a guest appearance to deliver a brutal solo on ‘Ink Shadow’.

‘Celestial Existence’ is pure death metal frenzy; like a hungry wolf feeding of fresh kill it pounds, rips and tears with session drummer Clement Denys (Fractal Universe) delivering an insane amount of beats per minute, but there’s that sonic shift again which shoe horns in an ambient, spacious section to provide a moment of calm within a chaotic maelstrom. Atmospheric is the very word that sums up Coagulative Matter and, whatever musical turn the band take, there’s a real depth which anchors the bands sound. And it’s the sound of a group trying something new and the addition of female vocals on ‘Azimuth’ adds another shade to an already colourful spectrum.

With black metal brittleness ‘Beyond The Veil Of Consciousness’ is a frostbitten affair that, a chainsaw cutting into an anvil, sends sparks flying in every direction while the science fiction lyricism makes a nice change from the usual slasher horror film fare. ‘Coagulative Matter’ is the majestic title track and gives the band room to spread their musical wings over 11 frenetic minutes. A labyrinthian affair it fractures in several dimensions and incorporates everything from techy prog to crushing death and The Scalar Process piece all the elements together to build a brutalist structure of monolithic proportions. Another instrumental bookends the album and ‘Somnambulation’ is as equally otherworldly as its counterpart and makes for a fitting closer. 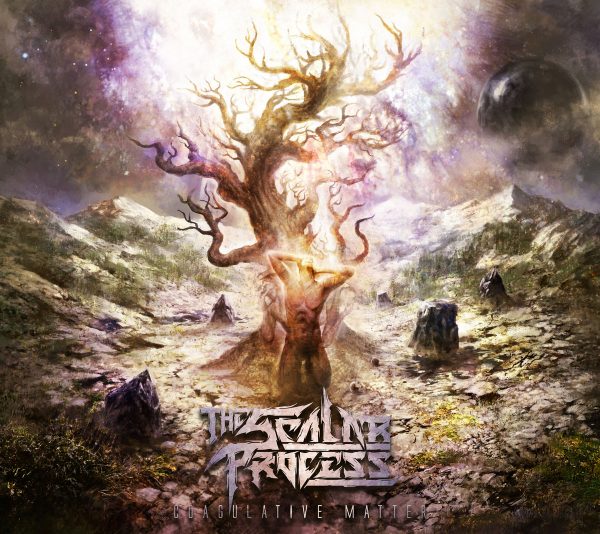