The latest trawl through the archives of The Rolling Stones finds the release of Bridges To Buenos Aires, the complete show from 5 April 1998 which was their last of five night sell-out residency at the River Plate Stadium in Argentina’s capital city. As is the norm with these Stones live releases the set is available in a multitude of formats so you can take your pick from DVD / CD / Vinyl (both black and coloured) and Blu-Ray combinations. This is now the third official release from the 1997/98 tour, notable for being the first time the Stones incorporated the use of a B Stage, but the band were still changing up the setlist back in the 90’s so it does have some unique performances such as the seldom heard ‘Sister Morphine’ and deep cuts like Keith’s ‘Wanna Hold You’. Also of note is the special guest appearance by a certain Robert Allen Zimmerman, who wanders on stage unannounced to accompany Mick, Keith Charlie and Ronnie on ‘Like a Rolling Stone’.

Viewers familiar with concert films such as Rush In Rio or AC/DC’s Live At River Plate will be familiar with just how exuberant South American audiences are and this is no exception. Indeed some of the more enjoyable moments to watch are the reaction of the rabid crowd when the quintessential rock and roll band move through iconic songs such as ‘Jumping Jack Flash’, ‘Start Me Up’ or ‘Brown Sugar’. Their pleasure at being in the same stadium as the Stones is a joy to behold. And when the core band utilise the B Stage to rock through ‘Little Queenie’ and ‘When the Whip Comes Down’ they manage to convey a sense of intimacy that gives a fleeting glimpse into what it must have been like to experience them in those early years.

Ultimately the value of this package comes down to how many Stones live releases does someone need to own? The total is now nudging towards thirty and there is sure to be plenty more in the vaults still to come. Nevertheless what is unmistakable is that when the Stones are on form they have few equals and this was one of those nights when everything clicked. 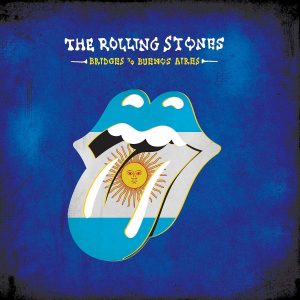