For five decades The Residents have been throwing musical curveballs that constantly keep their listeners on their toes. Mysterious and enigmatic The Residents are an art collective who always endeavour to operate under the cloak of anonymity.

Inventing a troubled, long lost bluesman and then recording a tribute album to his long lost recordings is just the type of stunt that San Francisco art-rock pioneers The Residents would pull. Metal, Meat & Bone works so well because it perfectly blurs the line between fantasy and reality. Like Weird ‘Al’ Yankovic, The Residents expend a lot of effort getting deep inside their subject matter and the resulting album Metal, Meat & Bone will have you questioning and undertaking internet searches to determine whether Alvin Snow was a real individual, just like you did with Daisy Jones & The Six.

The first disc is The Residents supposedly reinterpreting those Alvin ‘Dyin’ Dog’ Snow tracks. With an updated, industrial sound they’re truly unsettling. Slightly unhinged and discordant I imagine if the Swans were to score a horror film it’d sound like this first disc. Music made for serial killers these Alvin Snow tracks capture the essence of America’s Deep South and give plenty of back story to the troubled individual that was (allegedly) Alvin Snow.

From the Captain Beefheart infused opener ‘Bury My Bone’ to closer ‘Midnight Man’ The Residents put their unique, inimitable spin on the blues. Factor in guest appearances from the likes of Black Francis (The Pixies) and Peter Whitehead and it’s perhaps no surprise that The Residents are sounding so fresh and original. ‘Pass For White’ is a definite highlight as we’re lured deep into the dark world of Dyin’ Dog.

Perhaps more than any other genre, the blues was populated by troubled individuals and The Residents created the real deal in Alvin Snow. An albino preying on elderly ladies, Metal, Meat & Bone flows like a concept album with The Residents putting their unique spin on the blues with ‘Cold As A Corpse’ and ‘Blood Stains’ being given an industrial sound that’s not too far removed from Rob Zombie and Nine Inch Nails.

Just to muddy the waters even further, the 10 tracks on the second disc are the alleged Alvin Snow demos which The Residents reworked. As blues tracks, they work very well and are just as dark and sinister as those found on the first disc. In fact, Metal, Meat & Bone could be viewed as symbolic of The Residents career: from their bluesy beginnings to a more contemporary sound.

Released on double vinyl and CD, I highly recommend you buy a physical copy to see just how far The Residents as willing to go to blur the lines between fantasy and reality. 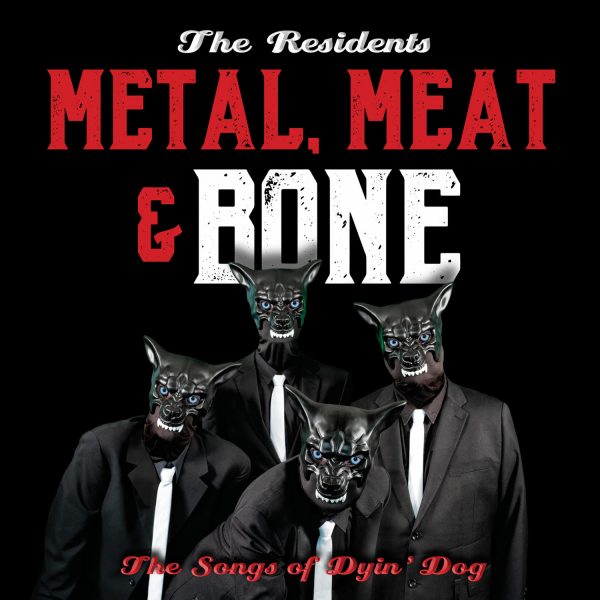