For some bands a certain song can become a towering enormity and, like Frankenstein’s monster, it can take on a life of its own. That was certainly the case with The Rembrandts’ ‘I’ll Be There For You’ which was, I’m sure you know (unless you’ve been living on Mars), used as the theme song for Friends. It ensured the band a degree of immortality but it’s also overshadowed much excellent later material. With Via Satellite, their first album in 18 years, The Rembrandts have created an album that will finally put that song back in its rightful place, simply an exceptional song in an exceptional catalogue.

Propelled by a perpetual forward motion ‘How Far Would You Go’ is a perfect opener that’d make a great companion for a road trip. It’s a song that’s punctuated by a catchy hook and it’ll immediately ensnare you but be warned once it’s eaten in to your memory it won’t be leaving. The Rembrandts are still led by multi-instrumentalists Phil Solem and Danny Wilde and they also make a fine songwriting partnership with each acting as a foil for each other with quirky observations exploring the minutiae of modern life. If you imagine Weird ‘Al’ Yankovic penning lyrics for Tom Petty then you’ll get an idea of Via Satellite.

The dark Americana of ‘Broken Toy’ precedes the bright and jaunty ‘Me and Fate’ which, with its harmonica motif, recalls the halcyon days of Merseybeat. It’s another earworm that’s undeniably catchy, a real foot tapper that’ll live with you long after the disc’s stopped spinning. Via Satellite is an album that constantly shifts gears with each song inhabiting a unique niche however if there’s a loose theme that unifies the album then it’s travel. Many of the songs have a driving beat and pass like shifting scenery and this idea is best born out on the next two cuts. ‘Traveling From Home’ really rocks with some fine slide guitar while ‘Come to Californ-I-Yay has shades of Cheap Trick with a swirling psychedelia and builds towards a melodramatic ending.

Shimmering with an ethereal beauty ‘Now’ has a bright and brittle guitar line which intertwines with some heavenly harmonies that juxtapose some sombre lyrics. ‘Off of the Edge’ takes a whimsical turn that’s cloaked in cascading guitars and this wishful tone is continued on ‘You’d Think I’d Know’. Ensuring things end on a more positive, even resolute, tone is ‘On My Own’. A slow builder that flows towards an anthemic chorus it’s another certified earworm which won’t be forgotten in a hurry. Tagged onto the end of the album is a minute of ‘Rock Lobster’-esque guitar and my only complaint is that is wasn’t peppered throughout the record.

Via Satellite is a deceptively simple album and, as such, it’s the kind of album that’ll benefit from repeated spins as subtle nuances and neat drum patterns will gradually reveal themselves. But more importantly Via Satellite is a record that will finally overshadow that song. 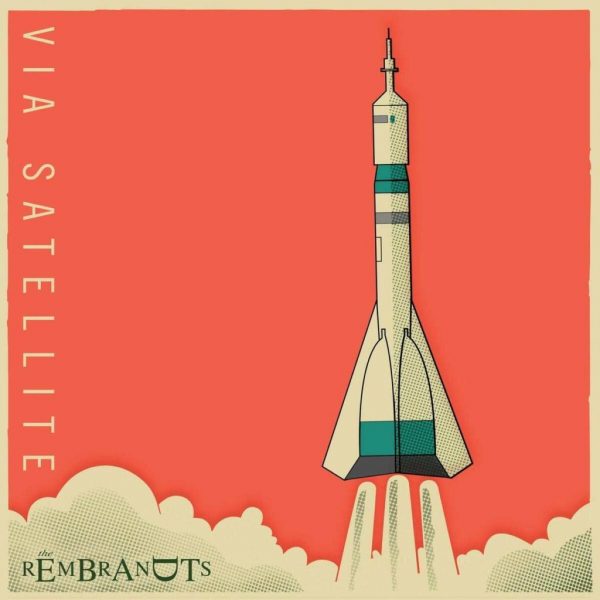