Melodic metal quintet The Raven Age are making their return to the stage with 23 festival and support appearances over the summer. The tour sees them feature at 7 major festivals including main stage appearances at Download & Mystic Festival as well as featuring as special guests to VOLBEAT & TREMONTI across their respective headline shows.

The tour news is accompanied with the announcement of a new guitarist. Tommy Gentry will be the permanent replacement for Tony Maue, who has decided to pursue his career as a vocalist. 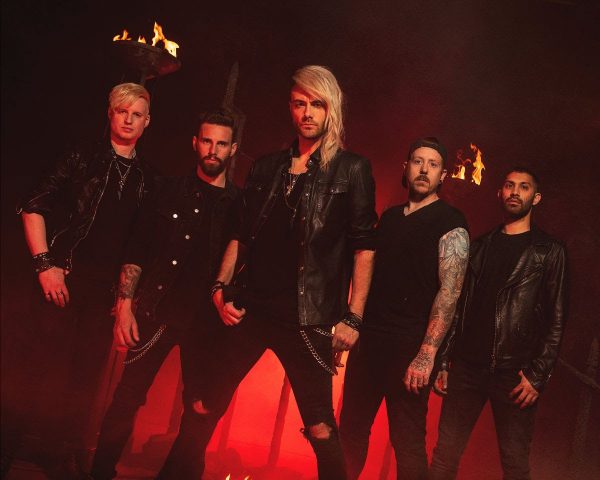 Manager Dan Wright comments:
“Bringing Tommy Gentry into the fold is a huge moment for the band. Not only is he a world class guitarist but he is also a long-term friend and an incredible all-round musician. He will undoubtably bring a world of creativity to The Raven Age and we’re very excited to hit the stage with our new line up this summer. Tommy was also very influential on the successful ‘Exile’ streaming event that took place last year and it’s great that we can now develop our relationship further. The band and I are sad to see Tony leave but were always aware of his desire to be a lead vocalist. We will always remain close friends and would like to thank him for his dedication to TRA over the past 5 years. We wish him all the best for the future.”

New guitarist Tommy Gentry comments:
“The Raven Age have been widely considered the next big British metal band and when the opportunity came up it was a no brainer. I’ve been close friends with the boys for years, pretty much feel like family to me – I love their passion for storytelling and their attention to detail when it comes to every part of the band. I’ve been lucky to have worked with them on previous campaigns and now look forward to being part of their future success! It’s been amazing to have an insight into what is planned for the next few years – both musically and theatrically. The fans are going to be blown away with what’s around the corner…”

The band also confirm that they have been in the studio with Matt Hyde and the highly anticipated third album is almost finished.

Guitarist George Harris comments:
“Blood, sweat and tears have gone into this record and as a result we really are sitting on something special. Our last album ‘Conspiracy’ elevated us to a new level, and we’ve seen a surge of new fans that are now patiently awaiting this next chapter… they certainly won’t be disappointed! The excitement and confidence in the camp is sky high right now, we know this next album is going to hit hard. There also may be one or two surprises in store… this is just the beginning of what’s yet to come and we’ll have more news on this later in the summer.”

As the world moves back to normality and the live music industry continues to heal, the tour will see The Raven Age resume business as usual. The band have a strong live reputation built from relentless touring with Iron Maiden, Alter Bridge, Killswitch Engage and Mastodon to name a few, as well as acclaimed festival appearances at the likes of Download, Rock IM Park/Rock AM Ring, Hellfest and Wacken Open Air under their belts, prepare to be stunned as the band gear up to take flight and soar once again.

With the success of their latest album Conspiracy reaching over 35 million streams worldwide and putting out a Top 30 Billboard Radio track, The Raven Age have risen to every challenge thrown their way and look primed for metal glory. Get ready for the return of the Raven. 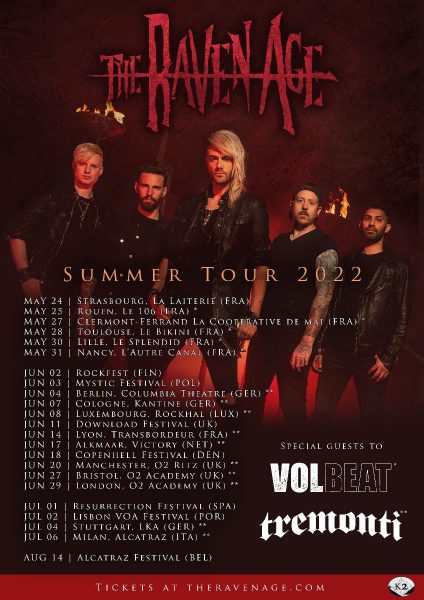