January 1990….oh man, if you can remember it, you weren’t there. Massacres in Azerbaijan, hurricanes in England, New Kids On The Block, Thatcher on Wogan – and a little-known Newcastle / London rock ’n’ roll outfit who’d not long changed their name from The Queerboys released a record that entered the UK album charts at #2. It’s hard to overstate that achievement, coming out of a year where Michael Jackson, Kylie Minogue and Bros had dominated the vinyl hit-lists.

The band weren’t a total shot-from-the-dark. They’d taken on the less controversial moniker The Quireboys before supporting Faster Pussycat and Guns ’n’ Roses at the Hammersmith Odeon, and new manager Sharon Osbourne flew them out to LA to record their debut in 1989. What makes this album special (both the original and this re-recording (NOT RE-RELEASE) is its timelessness. To the uninitiated, much of A Bit Of What You Fancy could be ’70s Faces, ‘80s Rolling Stones, ‘90s Black Crowes or anything in between – without ever being EXACTLY any of ‘em.

The re-recording maintains all of the initial rambunctiousness, vocalist Spike just as raspy and forceful as back in the day and the left-right-panned guitars weaving together possibly even better than the original; comparative ’new boy’ Paul Guerin (with only 16 years against the mast) more than holding his own against ‘then new boy’ Guy Griffin, who was drafted in just in time to record the original.

Keith Weir’s keys are given more room to breathe on slower tunes like ‘I Don’t Love You Anymore’ and ’Whipping Boy’ than original keysman Chris Johnstone’s were (and are surely higher in the mix for the old-school honky-tonk rockers), and the plentiful backing vocals stop just short enough to not get in the way.

When you’re a writer with an affinity for old-school rock ’n’ roll, reviewing The Quireboys is possibly how a denim-wear enthusiast might appraise the stock of a Levi’s store. Sometimes it’s tight, sometimes it’s loose (but never TOO loose, unless you get it ripped and/or soaked) – but if it fits you, it’s always comfortable. If a little scratchy in places. 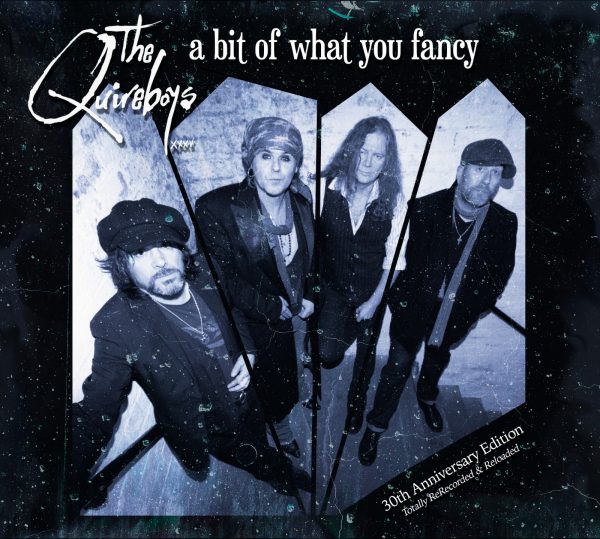