Cadiz Music and Backbeat Docs are delighted to announce the release of Director Oliver Murray’s debut feature ‘The Quiet One’ which offers a unique behind-the-scenes look at the highs and lows of the life and career of Bill Wyman, founding member of the Rolling Stones and renaissance man of rock and roll. The film, plus Extras, will be released on DVD and digitally at www.backbeatdocs.com on 20 August 2021. 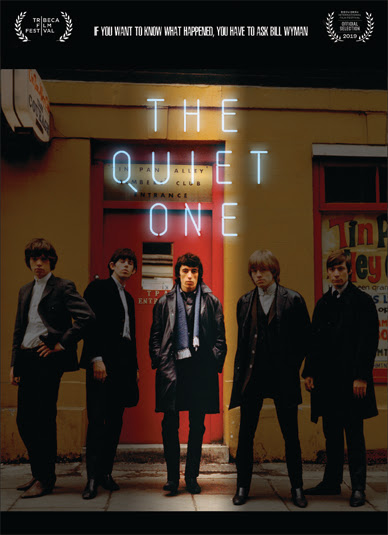 Known by his former bandmates as a man of few words, the notoriously private bass player opens up to the camera, revealing the icons who inspired him to be a musician, from the likes of Chuck Berry and Ray Charles to Muddy Waters and Howlin’ Wolf. Wyman describes with modesty and vulnerability how he stayed grounded while seizing the meaningful moments that made up his thirty years touring the world with the Stones.

Throughout his life, Bill Wyman shot hours of unseen film footage, took thousands of photographs, and collected a vast archive of memorabilia. He also kept a detailed diary to accompany these treasures. The film unveils this one-of-a-kind collection, alongside interviews with his family and friends, taking the audience on a first-hand journey through Wyman’s extraordinary experiences. Watching his footage and hearing his stories is like going back in time to stand at Bill’s shoulder and experience his life first hand.

Director Oliver Murray says of the project, “For a filmmaker to be allowed access to this resource, compiled by someone who wasn’t simply there at the time but who was a part of its very creation was a once in a lifetime opportunity. The archive room became a metaphor for Bill’s brain, a store house of memories ready to be brought back to life and every object had a story to tell. I wanted to allow the audience to experience these past events with an urgency and immediacy that one expects from fiction.

“I think the collection provides a means of self-analysis, it brings order to chaos and it is physical proof that his adventures really happened. So the film became about the collection itself and his relationship to it. It takes a lifetime to do what Bill has done with his archive and it took almost 5 years to piece this film together. To spend as much time with Bill as I did was an unforgettable privilege. I will forever be grateful for the trust and generosity he, his wife and his bandmates showed me.”

The Quiet One is an artful, engaging and often amusing cinematic memoir that offers a unique, behind the scenes look at Bill Wyman: a working-class boy raised by his grandmother, who found his home in the band that disrupted the music scene and made rock’n’roll history.