If your only exposure was to mainstream music outlets you’d never guess but there’s a thriving rock scene that’s being nurtured in pubs and clubs across the globe. In an age when media is obsessed with rap and grime, rock and metal often gets side lined. Well, that seems set to change with this mammoth two disc set The Official New Wave Of Classic Rock Volume 1. Compiling 42 tracks of the best new music it’s an explosive compilation that shines a light on a thriving underground scene and is sure to make household names of many of these bands.

Things get off to the best possible start with Massive Wagons who roll out the big guns with ‘Tokyo’. Swinging with an inherent groove it’s full of chunky riffs, soaring solos and plenty of cowbell so what’s not to like? Bold as brass and straight in your face it’s an anthemic rocker with a huge sing-along chorus that’s sure to unleash chaos wherever it’s played. They set the bar impossibly high but Mason Hill rise to the challenge with the swirling ‘DNA’. Like most bands represented here they acknowledge their rock roots but they’ve got their sights set firmly on the future. Powered forth by a circular riff Mason Hill have an expansive sound that commandeers your speakers and demands your full attention. Having just released their critically acclaimed semi-acoustic, self-covers album (The Other Side) Empyre have a sound that’s built for the biggest stages and that’s just where the likes of ‘New Republic’ have been tried and tested. Supporting the Eagles and Alter Bridge has left the band a well oiled machine and their upcoming tour with Mason Hill looks particularly tasty.

Like a musical box of Milk Tray this album is full of rock candy and it’s such a complex conundrum trying to pick out a few favourites but Sons Of Liberty deliver an incandescent ‘Fire And Gasoline’ while The Hot Damn deal out the ultimate earworm in the shape of ‘Dance Around’. With no two bands sounding the same this compilation documents a unique and vibrant scene however, there’s an undeniable energy that unifies all these artists and Massive hit the ground running with ‘Rise’, a song which crashes through the gears like Louis Hamilton on a mission. Everyday Heroes evidence a Southern swing on ‘Find My Way’ while Wolf Jaw loosen fillings with the chest thumping ‘I Ain’t Ready’. On a collision course with global stardom the Black Country’s Gin Annie close this disc as we came in with the hard hitting ‘Devil In Me’

Best known for his tenure in Motörhead Phil Campbell isn’t resting on past glories and along with The Bastards Sons comes up trumps with ‘Son Of A Gun’. With plenty of wah-wah on his guitar Phil’s tone is instantly recognisable and the band race along at a furious pace to deliver the ultimate statement of intent. Festival frequenters will recognise SKAM and they manage to transfer the excitement of their live show to this CD. ‘Iron Cross’ is an incendiary number that finds SKAM wheeling out the heavy artillery with drums that recall cannon fire and a bowel bashing bass rumble. Bad Touch bring a feel good funky vibe; imagine Reef jamming with Ugly Kid Joe and you’d have something approaching the unbridled effervescence that permeates the aptly titled ‘I Get High’.

Sweden’s Thundermother liven up the party with ‘Driving In Style’ and out rock the guys with a riff that AC/DC would kill for. A highlight from their recent Heatwave album it finds the needle firmly in the red with new vocalist Guernica Mancini stamping her mark on proceedings and ‘Driving In Style’ doesn’t let up over three-and-a-half raucous minutes. Likewise, Haxan rip up the rule book with ‘Killing Time’ and if you walked into a biker bar on a Saturday evening and found a band busting out this jam you’d know you were in for a good night. The nature of New Wave Of Classic Rock means you’re bound to stumble over some undiscovered gems and such a revelation for me was the excellently titled Takeaway Thieves and ‘This Is Rock N’ Roll’. Like some strange amalgamation of the Sea-Hags and the Hard-ons they capture a time when glam metal was truly dangerous. Blackwater Conspiracy bring this set to a suitably grandiose conclusion with ‘Soul Revolutionaries’ suggesting a bright future from this band of vagabonds.

Judging by the strength of this compilation the NWOCR (New Wave Of Classic Rock) is an acronym that’s soon to become just as legendary as the NWOBHM. If you ever need proof that rock is alive and kicking then it’s here in this double disc of dazzling delights. 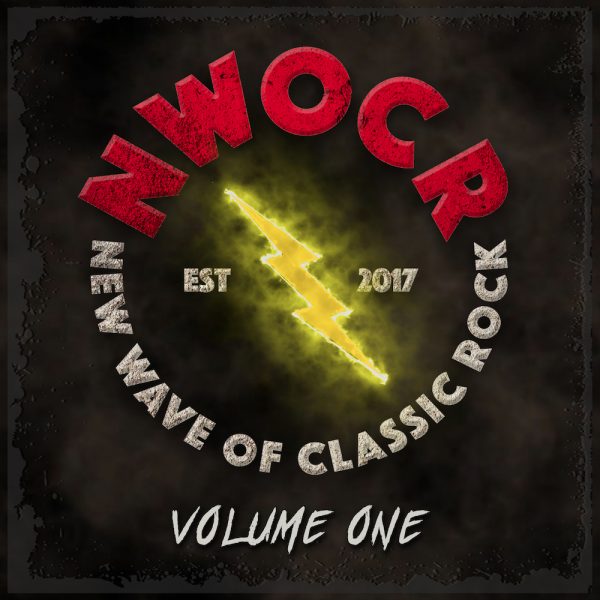