After winding up the UK leg of their 30th Anniversary tour of 2016 at the Institute, The Mission kicked off the first night of the 50-odd date United European Party trek at the same venue. As tonight was billed as a “warm up” for what was to come the show was split across two sets that nudged towards the three hour mark and highlighted songs from across each of their twelve studio albums. With such a breadth of material included there really was something for fans of all eras of the band. And although at times they had to battle technical issues and the limitations of the venue, The Mission are still a strong live attraction with Wayne Hussey in commanding form and the bond between band and audience remaining rock solid. 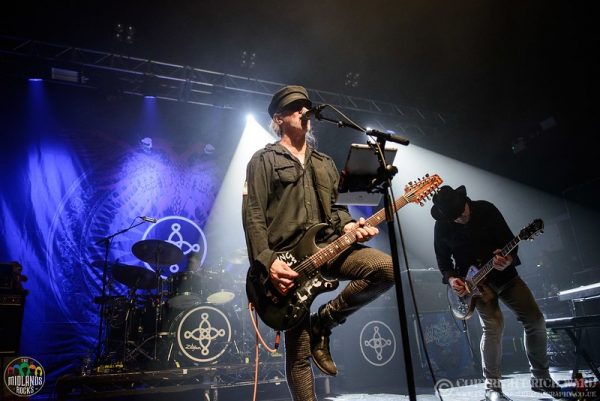 Hussey, Craig Adams and Simon Hinkler, three quarters of the ‘classic’ line-up, are joined by Mike Kelly on the drums, a position he has held since 2011. The line-up may have fluctuated through the years and the bands sound delved into more experimental areas but when they open with the sonic howl of ‘Beyond The Pale’ it is like the late 80’s once again with Hussey a bundle of relentless energy flanked by his two musketeers. A frenetic ‘Hands Across The Ocean’ follows although Hussey’s vocals are difficult to discern as Adams bass is  omnipresent, which means the subtleties of ‘Garden of Delight’ and ‘Into The Blue’ are somewhat lost. Eventually the gremlins are put to one side and the first half closes with an epic ‘Swan Song’ with it’s refrain of “You’re wonderful, You’re beautiful, Just give me your hands…” perfectly highlighting the strong connection between Hussey and the crowd. 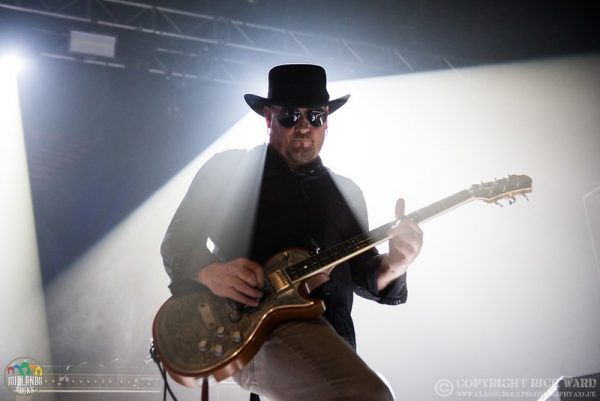 If the first half closed in impressive fashion then the second moves up another gear with the confetti burst of ‘Wasteland’ which is immediately followed by ‘Serpent’s Kiss’ and a sublime ‘Like A Hurricane’, making for a truly stunning opening salvo. ‘Kingdom Come’ finds Hinkler at the keyboards to combine perfectly with Hussey’s powerful delivery before less often played songs such as ‘In Denial’ and ‘Can’t See The Ocean For The Rain’ are given an outing. And whilst deeper cuts are always welcome when they head towards the home straight with huge anthems ‘Deliverance’ and ‘Butterfly on A Wheel’ the band really hit their stride and any earlier sound issues are well and truly put to rest.

Never fashionable but always much loved by their devoted following, The Mission remain a band to be cherished.

Butterfly on a Wheel
Marian