Formed in Camberley, Surrey, The Members were at the vanguard of the burgeoning punk rock movement. However, with a sound that incorporated everything from reggae to rock it was obvious they weren’t going to be constrained by punks shackles. It’s that ‘anything goes’ aesthetic that Bedsitland taps into and results in a multilayered album that sets The Members sights firmly on the future.

Having a smash hit single can be a blessing and a curse. Sure, it can raise a bands profile but it can also eclipse other, deeper and more substantial, work. In the case of The Members ‘The Sound Of The Suburbs’ casts a long shadow but Bedsitland confidently steps out into the light. Those expecting a phlegm soaked, amphetamine charged brand of punk will be disappointed as this album draws from a wider palette and, after 45 years, JC Carroll’s lyrics still bite hard. Like Ray Davies his words produce mini vignettes that paint vivid pictures which explore the minutiae of modern life.

Replicating Phil Spector’s famous wall of sound ‘Bedsitland’ is the opener that doffs its cap to those great singles from the ‘60s with its luscious harmonies and focus on song structure yet its lyricism is all modernism and alludes to lottery tickets and electricity cards. In an abrupt shift of gears ‘Summer Is Here’ bursts into life with its vaguely spaghetti western intro and shines forth golden rays of effervescence. With a nice raw tone on the guitar ‘Country Pub Rock And Roll’ has a touch of The Stooges and, like much of this record, it’s devoid of an abstract or existentialist leanings instead turning its attention on delivering banger after banger.

From The Stooges to a discombobulated Motown beat might sound like a quantum leap but it’s one The Members make with apparent ease on ‘Love Songs (Joe Strummer Told Me)’. Guest appearances are here aplenty and Pink Floyd’s Guy Pratt lays down a bassline on ‘It’s A Thrill (To Be A Musician)’ and gives things a laid back vibe before ‘2 Late To Tango 4’ saunters into town, a klezmer/ska mash up which recalls latter day Specials and makes a fine companion piece to the more Madness than Madness ‘The Streets Of Nairobi’.

Bedsitland is an album that’s loosely connected around the Coronavirus pandemic and it’s a thematic scheme that gives a unified feel from the deep state paranoia that is ‘Big Data (Hey Google)’ to folky-punk closer ‘The Plague’. Two cover versions are included as bonus tracks, on which The Members put their own mark, firstly Howlin’ Wolf’s ‘Spoonful’ (later popularised by Cream and here rechristened as ‘Spoonful D*R*U*G*S’) and a reggae version of Dylan’s ‘Just Like A Woman’. The Members have never been the most prolific of artists but Bedsitland was certainly worth the wait and stands out as a career highlight. 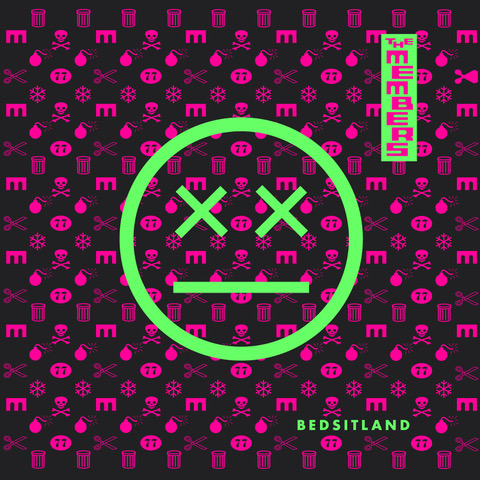