There’s something about Wales that, regardless of genre, keeps producing quality bands, the latest of which are four-piece crossover folk maestros, The Meadows. Performing music from an early age this group of siblings has already garnered national attention with their 2019 debut album (Force of the Tide) and their sophomore effort Dreamless Days looks set to increase their standing on the contemporary music scene.

While it’s certainly true that you can’t judge an album by the cover, the sleeve which houses Dreamless Days is pretty indicative of the sound contained within. It’s an autumnal sound that’s richly textured with rustic reds and golden hues and gently entices the listener into The Meadows’ ethereal world. Framed within tinkling keys ‘Lullaby’ is an otherworldly opener that perfectly captures that magical moment betwixt wake and slumber. With all four members adding vocals (Titania, Melody, Fantasia and Harvey) ‘Elusive Dreams’ follows and is rich and multi-layered. Full of lines intertwining The Meadows use timbre to great effect and transport their audience to a different dimension, it’s the gateway to another world but dare you turn the handle?

While their last album had a nautical theme this release revolves loosely around the notion of dreams. While not a concept album per se it nevertheless, by stitching Dreamless Days together with a common thread, gives the record a unified feel. This thematic anchor is vitally important because Dreamless Days operates on several levels and after the trance-like openers The Meadows shift gear to produce the lively jig that is ‘Merlin’s Oak’. In the best folk tradition, it tells an epic tale that seems to echo throughout the ages. Never losing sight of song structure and melody The Meadows have produced a highly contagious track that, while remaining authentic, could quite easily cross over into the mainstream.

The Meadows are a band of multi-instrumentalists who fully understand the concept of light and shade and ‘There’s You’ benefits from a sparseness which ensures it floats like mist atop a morning lake. In juxtaposition stands the following ‘Gelli Aur’ (the albums second instrumental) which, lithe and airy, performs a light jig around the listener. Dreamless Dreams is an album that ebbs and flows perfectly on its journey towards haunting closer ‘The Tide’. Like a dream within a dream, it’s a soothing balm for our troubled times yet it simultaneously reaches back to some bygone era, and that’s one of many opposites which makes Dreamless Days such an enjoyable listen. 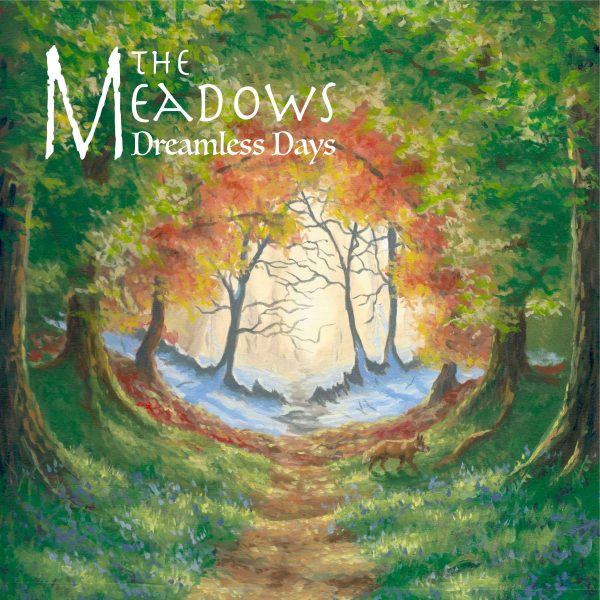