Tie-Dye infused Pop-Rockers The Hot Damn! have launched a crowdfunding campaign to help finance the recording of their much-anticipated debut album. Fans can nab themselves exclusive goodies such as brand new merchandise, one-of-a-kind-memorabilia, and even join the band for a tie-dye workshop or an afternoon in the studio! The band will also be putting on their biggest headline show to date at The Alhambra in Morecambe on Saturday May 20th 2023 as part of the project. 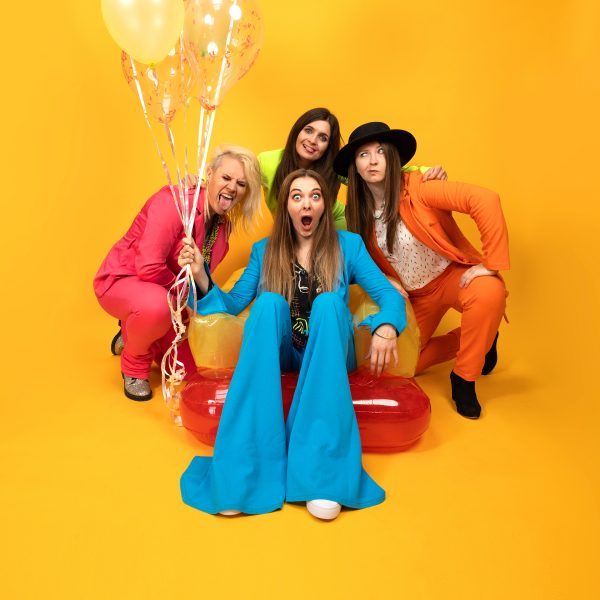 “Our journey so far has been quite incredible and we are stonkingly excited to be heading into the studio early in the new year to record our debut album. As such we have added some fabulous bargains, prizes and experiences to our website in the the hopes that you lovely people can help us find our goal! We understand it is an incredibly hard time for everyone but we have some tasty goodies to suit all budgets! Please give whatever you can and we cannot thank you enough for all the love and support thus far! We love you all!” 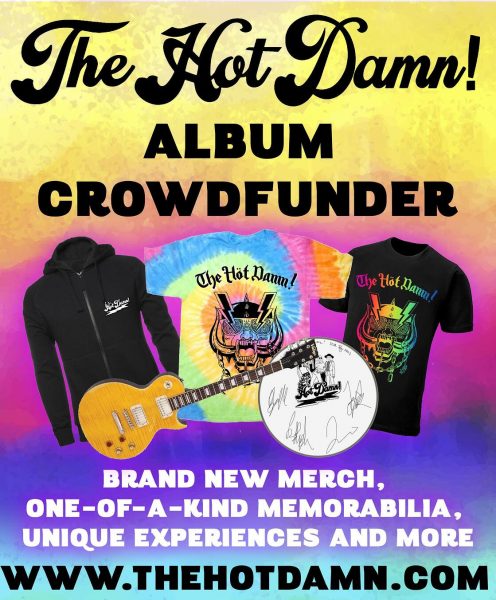 Formed from the ashes of The Amorettes and Tequila Mockingbyrd, The Hot Damn! burst on to the UK circuit in 2021 and have since been riding the airwaves of Planet Rock, Kerrang! and BBC Introducing thanks to catchy-as-anything singles ‘Dance Around’ and ‘I Didn’t Like You Anyway’.

Latest single ‘Live Laugh Love’ is described by Louder Sound as “So bad for you it has to be good… it’s as if The Darkness teamed up with Pat Benatar and bonded over Blink 182 hits”.

With their debut album set for release mid 2023 and more shows announcing shortly, brace yourself for a lot more colourful chaos, coming soon!

Support the crowdfunder and buy tickets to upcoming shows HERE: