Presence, Station To Station, Band Of Gypsies, Reign In Blood… aah, the days when bands used to put out short albums. When filling an 80-minute CD with substandard ballast wasn’t even a consideration. How many good recent albums could have been great if only 4 or 5 songs had been jettisoned in favour of 10 good ones! Well, hopefully Brooklyn power trio The Golden Grass will be part of a vanguard to bring them back. The psych retro rockers eponymous debut clocks in at just 37 minutes and with only 5 tracks it must have just slipped in under the ‘long EP’ radar! Michael Rafalowich (gtr/vox), Joe Noval (bass) and Adam Kriney (drums/vox) formed in early 2013 and were signed to Svart Records before they had even played a gig. They quickly recorded a single and then rattled off this first shot across the boughs of the good ship Freak.

‘Please Man’ kicks off proceedings and, at 5.23, is the album’s shortest track. It is also the mellowest – all fuzzy guitars, summery harmonies and trippy, swirly space effects – Steppenwolf for the iphone generation! Indeed, most of these songs call to mind the classic 1969 movie, it would be the perfect soundtrack for Hopper and Fonda to cruise down a sun-drenched highway. The debut single (included here) even has Rafalowich stopping a solo in a hail of feedback to call for his “easy rider woman”.

The whole album really is a paean to the late 60’s/ early 70’s psych scene. It’s heavy, groovy, upbeat and the 13 minute ‘Wheels’ even boasts a feedbacky, jazzy midsection breakdown followed by, yes, a drum solo! Elsewhere there are nods to The Grateful Dead with aimless yet compelling noodly wanderings and the final song, the loose ‘Sugar ‘N Spice’, takes off into a fabulous ‘Cat Scratch Fever’ riffathon towards the end of a song that already felt like 3 songs glued together with wah-wah!

So, although this album can’t quite hold its own against its illustrious forebears at the top of this review, it is good, freewheeling fun. The performances and production are excellent (listen to the drum solo with headphones!) and don’t forget to check out the exceedingly groovy video. 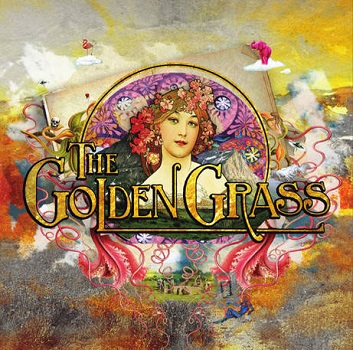