Currently comprising of Chris Bevan Lee (vocals, keys, programming) and Andrei Alan (guitars, bass, programming) The Ever Living are a post-metal band who’ve been charting unmapped territory since their formation in 2016. A debut EP dropped that year and was followed by an album, Herephemine, in 2018, and while they were both solid releases things have gone into overdrive with their sophomore full-length, Artificial Devices.

The Ever Living are a pair of sculptors who use sound as their medium and opening track ‘Omniphorm’ washes over the listener like an unruly ocean. An anchor tied to a drowning man, it drags you down to delirious depths, and there’s no option but to go with its irresistible pull. It’s a claustrophobic listen which encases you on every side yet, paradoxically, it’s wide an expansive and stretches as far as the eye can see. ‘Omniphorm’ is a huge, monolithic totem that’s built in the worship of some mechanical deity, and the beat The Ever Living provide is a hypnotic hymnal which transports us to another dimension. Artificial Devices is an intricately woven, multi-layered affair that packs more into this album (or indeed, one song) that most bands fit into an entire career and it is to the credit of producer Jonny Renshaw (Devil Sold His Soul) that he’s untangled the musical web and created a record that’ll reward repeat spins. Opening like a lotus flower, Artificial Devices has lots of subtle nuances buried deep in the mix, and it’s a delight to discover them as they gradually bubble to the surface.

The Ever Living’s modus operandi reminds me very much of grindcore legends Godflesh, and we can also draw a clear lineage back to Killing Joke. Artificial Devices is the sound of urban desolation, it is as if they have absorbed their brutalist surroundings, the architectural dreams that turned into the nightmares of modernity, and set it to a bleak, windswept soundscape. There’s something very discombobulating and disorientating (though not unpleasant) about tracks such as ‘Circadian March’; the guys employ tonality to great effect with subtle sonic shifts constantly repositioning the listener and providing ever evolving viewpoints. However, there’s a pulse beating, electricity crackling through wires, that stitches Artificial Devices into a unified whole. This is a very evocative record and ‘You’ve Come To The Right Place’ is akin to a pillion ride through a rain-soaked metropolis as steam rises from manhole covers and neon lights flicker and die. The aptly titled ‘Take Heed, Take Flight’ lures us into a false sense of security before landing a sucker punch, and a heavy outro fading into a wall of retro electronica makes for an ominous conclusion.

It’s as if The Ever Living have tapped into some dark, shared consciousness, and have constructed Artificial Devices from what they’ve found. It’s not always an easy listen, but its always rewarding, and is another sure step towards their destination. 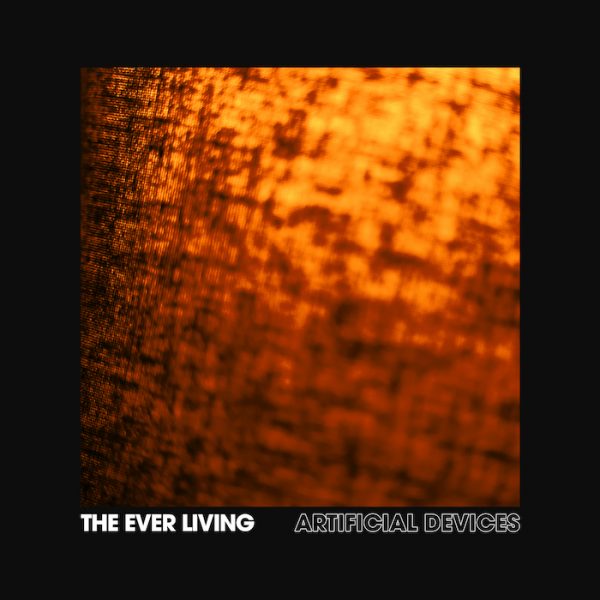