The EAGLES – Don Henley, Joe Walsh and Timothy B. Schmit, with Vince Gill and Deacon Frey – return to the UK, bringing their highly anticipated and critically acclaimed tour to BST Hyde Park and other UK cities throughout June 2022. 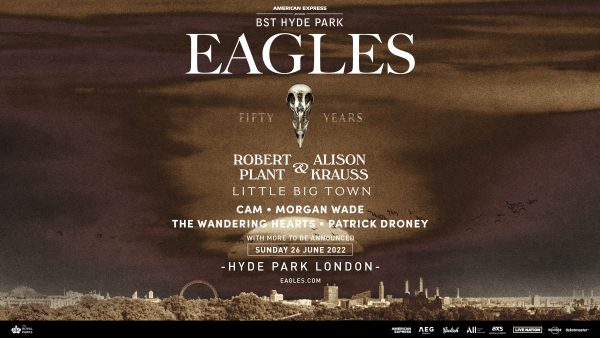 Performing alongside one of rock’s greatest frontmen Robert Plant, 27-time Grammy-winner Alison Krauss, and award-winning country group Little Big Town, is critically acclaimed singer and songwriter Cam. She took the world of country music by storm with her critically acclaimed 2015 debut album, Untamed, hitting #12 in the Billboard Top 200 and #2 on the Top Country Albums Chart. This record introduced Cam and her double platinum GRAMMY-nominated single ‘Burning House’ to the world, a song that redefined industry norms and remains the best-selling country song by a female solo artist. Having sold-out shows across the globe, Cam has cemented her status as an international powerhouse, now taking to the BST Hyde Park stage for the very first time.

Also on the bill is Nashville breakout artist Morgan Wade. Her debut album Reckless was a critic favourite, topping the Rolling Stone Country’s 25 Best Albums list in 2021, and has recently been given a  refresh with a deluxe version, released in January this year. Morgan’s bold presence and ability to merge difficult topics with classic country music means she is definitely not one to miss. 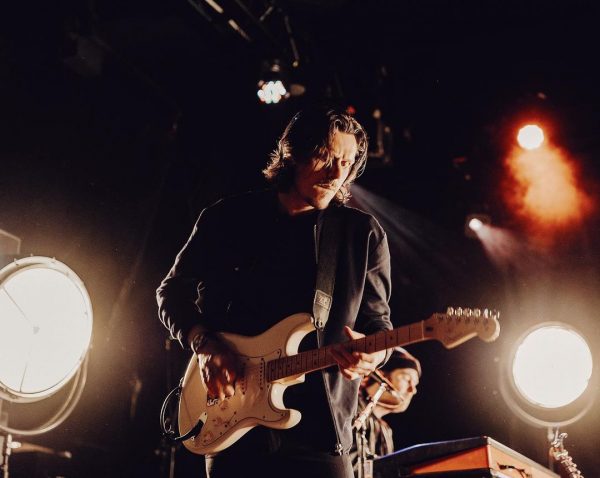 Sunday 26 June sees newcomer Patrick Droney join the line-up. The New Jersey-raised musician weaved pop, classic rock and R&B together into his finely crafted debut album, 2021’s State of the Heart, which has now surpassed an incredible 100 million streams. Since its’ release, Patrick has toured non-stop, playing sold out shows all over the US, writing and recording new material, including his latest single ‘All Loved Out’. Now he heads to the UK to make his BST Hyde Park debut. 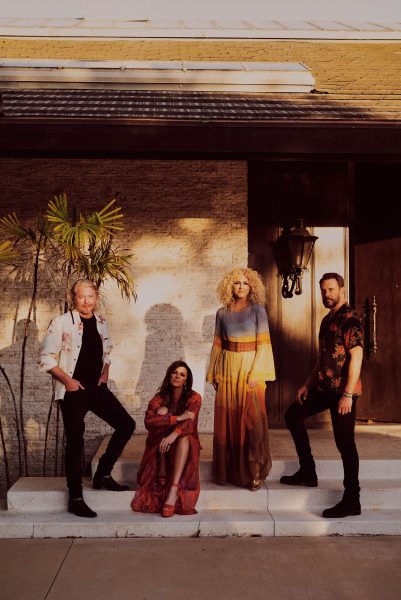 London’s very own The Wandering Hearts will also perform this summer. The Folk-Americana group have achieved consecutive #1 spots on the UK’s Official American and Country charts, first with their breakthrough debut, 2018’s Wild Silence, and then with 2021’s self-titled sophomore record. The band just released the deluxe version of their second album earlier this month, as they continue to be one of the leading lights of the British country scene, even nominated for Album of the Year at the UK Americana Awards 2022.

“We are absolutely beside ourselves to be included in this line up. The Eagles have been a huge influence on us growing up and especially as a vocal harmony group. The same must be said for Robert Plant and Alison Krauss, in fact we have huge amounts of admiration and respect for all the artists on this year’s line up, many of whom have been firm favourites of the band for years!” – The Wandering Hearts

Performing classics spanning across their career, including ‘Hotel California’, ‘One of These Nights’, ‘Life in the Fast Lane’, ‘Desperado’, and many more, the EAGLES tour begins on June 17th in the Netherlands at Arnhem’s, Gelredome Stadium, before making stops at Liverpool’s Anfield Stadium, Edinburgh’s BT Murrayfield Stadium and Dublin’s Aviva Stadium before closing at London’s BST Hyde Park.

In today’s faddish, fractured, rock landscape, the Eagles retain an appeal that transcends both generation and genre, cementing the band’s role as enduring musical icons. As the best-selling American band of the ’70s, and one of the top-selling acts of all time, the Eagles have sold more than 200 million albums worldwide, scored six #1 albums and topped the singles charts five times. They have won six GRAMMY® Awards, were inducted into the Rock & Roll Hall of Fame in 1998, in their first year of eligibility, and received the Kennedy Center Honors in 2016. The RIAA recently certified Their Greatest Hits 1971-1977 as the best-selling album in history (38-times Platinum) and Hotel California as the third best-selling album (26-times Platinum).

Iconic, timeless, and unmissable, the Eagles return to London and the U.K. in Summer 2022.