49 years is a long time in anyone’s book but in popular culture where trends come and go with rapidity it’s an eternity. Half a century elapsed between The Druids Of Stonehenge’s debut album (Creation) and its follow up (2017’s aptly titled Resurrection) but, thankfully, we’ve only had to wait a few years for their latest offering, American Ghosts.

Beginning life as a garage/psychedelic rock band The Druids Of Stonehenge soon evolved into fine purveyors of the blues and that’s a trajectory this album continues on. Liberally soaked in Americana ‘The Prettiest Train’ is a slow builder that slowly reveals itself like a morning sun rising over desert plains. It’s a track that’s awash with retro organ and gently cascading guitars and it’s a rather sedate opener that acts as a musical balm which soothes and gradually encases the listener. That’s all well and good but it does nothing to prepare us for the boogie overload that is ‘Run For Cover’. Arriving with all fists flying and playing like they’re just out of school ‘Run For Cover’ sounds like ZZ Top jamming with Stevie Ray Vaughan and sounds exactly as you’d expect (if such a union ever took place).

With a riff that’ll snare you like a lasso ‘What A Woman Will Do’ is heavy on the slide guitar and is told with a fine Southern drawl. Considering the band are well into their fifth decade they still sound fresh and vibrant but the lyrics have a touch of world-weariness, a “been there brought the t-shirt” kind of vibe. Coming of age amidst the vibrant New York scene it’s only natural the band should wear their influences on their sleeves and ‘The Deal’ gives a nod to Bob Dylan (on this record original singer David Budge and guitarist Carl Hauser are joined by Dylan guitarist Billy Cross) while ‘Seven Percent Solution’ is the perfect counterpoint to Lou Reed’s ‘My Friend George’.

The vocals often inhabit a strange sonic space between being sung and spoken and it gives many of these songs a confessional tone. It also provides a unifying thread that stitches the album together and, strictly old school, American Ghosts is the kind of record that should be devoured in a single sitting. There’s a wryness to tracks like ‘Rock Candy’ and a refreshing honesty to ‘You Got To Pay’ which renders this album an easy listen. ‘Slip Back Away’ is the closer and it slinks along with razor sharp guitar lines that entwine and capture the listener in a sticky web. It’s a piece of ear candy that’ll bounce around your cranium for several days and ensures American Ghosts ends on a rather haunting tone.

After a lengthy hiatus The Druids Of Stonehenge are definitely back and American Ghosts evidences a band who still sound fresh and vibrant. And long may it continue. 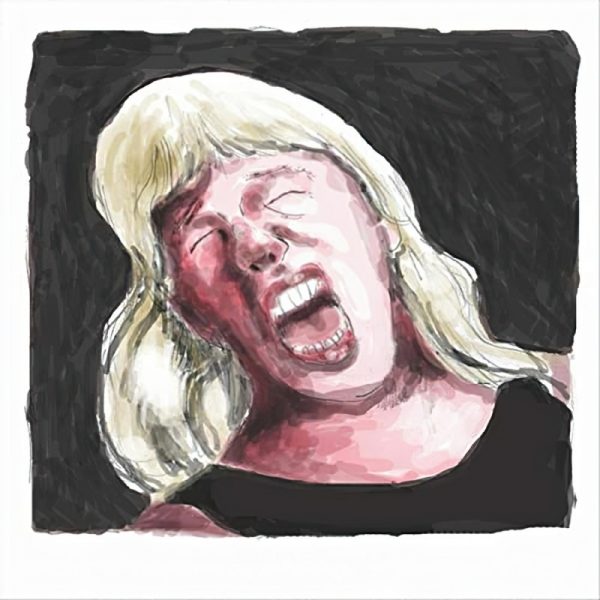