UK glam rock giants The Darkness have released their brilliant new album Motorheart, today via Cooking Vinyl. It’s been greeted with both critical acclaim and huge excitement from fans, who have been titillated by the string of fantastic singles and videos from the band this year. 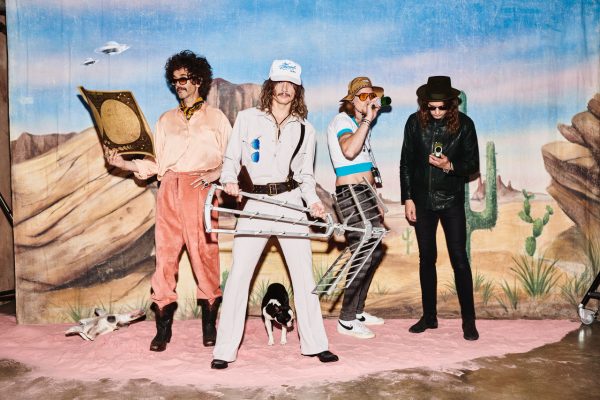 And those singles – ‘It’s Love, Jim’, ‘Jussy’s Girl’, ‘Nobody Can See Me Cry’ and ‘Motorheart’ itself – demonstrate an album of immeasurable rock and roll extravagance, and yet another masterpiece from England’s favourite rock icons. 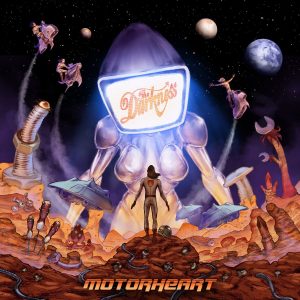 Welcome Tae Glasgae
It’s Love, Jim
Motorheart
The Power And The Glory Of Love
Jussy’s Girl
Sticky Situations
Nobody Can See Me Cry
Eastbound
Speed Of The Nite Time
You Don’t Have To Be Crazy About Me… But It Helps *
It’s A Love Thang (You Wouldn’t Understand) *
So Long *

The Darkness are currently showcasing the live potency of Motorheart on their extensive 22-date UK headline tour which runs throughout November and December this year. A true spectacle to behold, fans are being treated to brand new songs from the album as well as hits from across their award-winning, platinum selling back catalogue. Support comes from Massive Wagons and remaining tickets for all upcoming shows are available here.