THE DAMNED have rescheduled their UK tour to Oct/Nov 2022, support acts remain as previously announced.

“As a result of all the current uncertainty surrounding Covid, we have taken the tough decision to postpone the original Damned line-up shows to later in 2022.

All current tickets are valid for these shows and the support line-up will be as planned.

We understand that this is disappointing news, but we have to consider putting these shows on in the most Damned-spirited and safest way possible.

Right now, February just doesn’t feel like the right time to be able to do that. 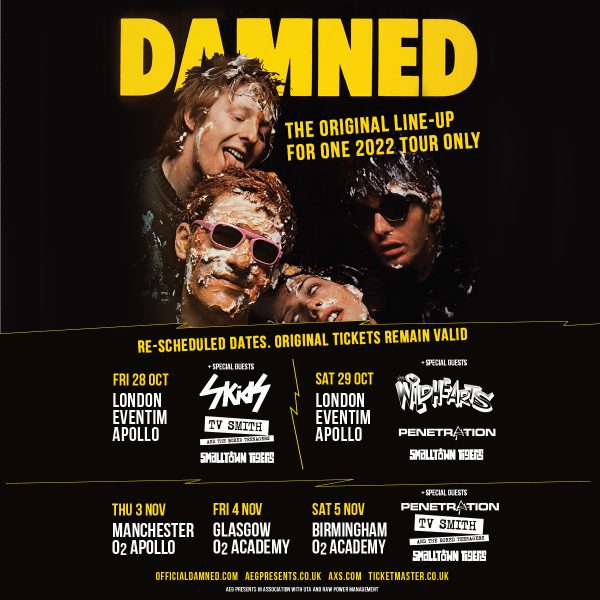 THE DAMNED will open their tour with two nights at London’s Eventim Apollo on 28 & 29 October, where they will celebrate the 45th anniversary of their historic debut album DAMNED DAMNED DAMNED, which came out in 1977.