Yes, yes, I know – if you’ve just listened to the above song you’ll have pretty quickly realised that it’s the riff to ‘Undercover of the Night’, I’ll come back to this later, but first let’s get the facts nailed down. Cherry Red Records have released a special edition of The Cult’s 8th studio album, 2007’s ‘Born Into This’. Their sole album for Roadrunner Records, the core members of Ian Astbury and Billy Duffy were joined by Chris Wyse on bass and John Tempesta on drums while Youth (Killing Joke) handled production duties.

The Cult, at this point, were a few years on from their arena-headlining heyday and six years had past since their previous album (the wonderfully heavy ‘Beyond Good And Evil). So what would The Cult circa 2007 bring to the table? Basically a big, glammy rock album – huge guitars, classic Astbury lyrics and all the shape-throwing you’d expect. Youth’s production is straightforward, big, brash, very few frills. The sound of seasoned pros going to work.

The title track bursts out of the gate with a funky, chugging riff and a full-on rock sound sound – there’s a catchy chorus, a hefty dose of tambourine shaking and Astbury giving good Morrison. An exercise in box ticking.

And on it goes from there. It’s all fairly straight ahead. ‘Holy Mountain’ is a rare, gentle ballad while ‘I Assassin’ brings back the sleaze. ‘Tiger In The Sun’ has a dash of backwards guitar and a brief, ‘Love’ style gothy moment but doesn’t really go anywhere. Just past the halfway mark you begin to notice that there isn’t much variety here, the songs become slightly interchangeable. Yes it rocks, but it doesn’t really know why.

There are highlights. The aforementioned ‘Dirty Little Rockstar’ is killer, driven by it’s turbocharged Stones riff and a brief hint of EDM, it just had to be the lead single. The album ends on another highlight, the fiery ‘Sound Of Destruction’ which again channels the Stones, with a dash of Stooges thrown in. Both tracks are perfectly placed, distracting you from the filler.

We also get an extra disc with five bonus tracks. Standout among these is ‘War Pony Destroyer’ (even the title is none-more-Cult) – it’s a greasy, bluesy, Hendrixy thing which really should have been included on the actual album.

So, overall, it’s a mid to low table Cult album. It sounds a tad uninspired, the sound of a good band treading water, not knowing quite where to go. Sadly the good tracks remind you what a great band The Cult can be when their hearts are in it, committed, cool and possessed of a singular brilliance…if only there had been a few more of them. Still worth a listen for fans though. 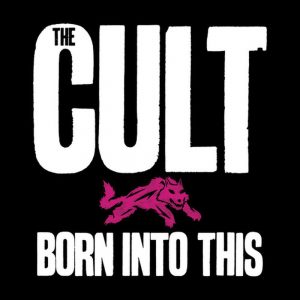