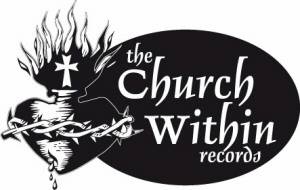 German label The Church Within Records certainly love their doom, and here we have two upcoming releases from the label. The first is the eponymous debut from Norway’s Purple Hill Witch and the second is the second album, Of Things Seen And Unseen, from London’s Serpent Venom. Be warned…

Norwegian doom trio Purple Hill Witch know a thing or two about melody. And distortion. And effects. Oh, and low tunings too. ‘Queen Of The Hill’ opens with a melodic riff so slow and heavy that it’s difficult to discern whether it’s the bass or the guitar taking the lead, that is until the band kicks into an extended jam where the band drag us deep into their world of long greasy hair, handlebar moustaches, flared jeans and denim jackets, inverted crucifixes, and string-bending, drum-clubbing invention and inspiration.

From the intoxicating ‘Astral Booze’ through the mighty wah-stomped riffs of ‘Karmanjaka’ and the down and dirty groves and Sabbath-esque unison bends of ‘The Landing’ into the epic hook-laden jams of the eponymous closing track, the album is enhanced by an abundance of magnificent guitar and bass solos. With Ingvaldsen’s haunting vocals to enrich the intense and dense haze of the album and with enough structural and dynamic diversity to keep you hooked for a very long time, this is an impressive slab of doom and a very impressive debut. Highly recommended. 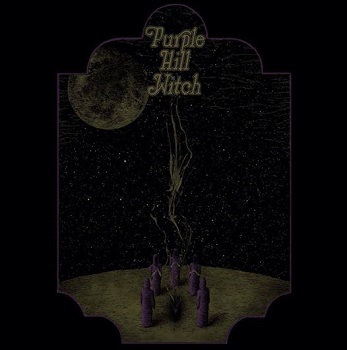 Summoning the spirit of Black Sabbath, Pentagram, Saint Vitus et al, arriving three years after Carnal Altar, album number two from London’s Serpent Venom, Of Things Seen And Unseen is doom through and through. Bleakly beautiful, cut this thing open and it would bleed malice, misery, and death. An abundance of slow and booming riffs and horror-hammered drum lines in their armoury, the tracks are intensified by guitarist Scriver’s tastily understated lead work and trills. While vocalist Gaz’s clean, mid-range vocals melodically intone their despair, with a guitar tone that’s fuzzier and darker than a bear shitting in a cave at midnight, riffs that are meatier than that animal’s farts and twice as lingering, the gloomy depths of the album resonate. With only the brief acoustic piece ‘I Awake’ bringing a ray of light to the deathly hollows, the band may well stick within the bounds of traditional doom and wear their influences on their sleeves, but there’s plenty to get your teeth into. Crushing and colossal, and well worth your time.