The Body don’t provide you with the catharsis that you think they might.  The wall of frequencies that bursts out of them doesn’t end with a state of relieved calm, but the on-going feeling that nothing has changed and the cycle will continue.  In this way, their music is hellish.  It is the screaming of someone in mourning or a person constantly tormented by something internal that only releases them from their pain momentarily so that hope will appear and can then be dashed.  It is the most intense, nihilistic, desperate and pain-driven music one could ever hear.  It is perfect.

I’ve Seen All I Need to See is Chip King and Lee Buford’s eighth album that isn’t a collaboration While their own names might trick you into thinking they should be gas station attendants in a Cormac McCarthy novel, their band is the closest sonic representation of Saturn Devouring His Son by Goya that you could imagine.  No world-building, no narration.  Just visceral Will to Suffering.  With this album they return to their roots as a two piece with a couple of guest spots by vocalist/pianist Chrissy Wolpert (who you will recognise from other The Body recordings, at least) and Ben Eberle.  The electronics and programming, as well as the strings and choirs which filtered into their recordings have disappeared.  All that is left is guitar, drums and voice, and potentially some other things lost in the feedback like a ghost haunting the depths of the high seas of white noise.

Not since I listened to My Bloody Valentine’s Loveless for the first time have I had to constantly check my stereo to see if what I was hearing was meant to be on the record or not.  Back then, I was checking the cassette to see if I’d accidentally warped my friend Danny’s copy of the album.  Today I was skipping the promo of I’ve Seen… back to see if the glitching silence intermittently puncturing the audio on album opener “A Lament” was intentional or just my computer failing.  I’d occasionally turn the music down and put my head to the speaker to see if the noise I was hearing was effect of my hardware being unable to handle the sound, or whether that’s how the original recording sounded.  Japanese punks Guitar Wolf once claimed to have found a way to exceed the maximum recording levels of the mixing desk in the studio (I assume that was a publicity stunt, as “exceeding the maximum” is an oxymoron in itself), but the result was an amusing Jon Spencer-esque bit of rock and roll that sounded like shit.  The studio-destroying, glitching, peaking noise of this album is masterful.  The fact that the amplifiers seem to be breaking has been recorded meticulously so that the splitting of the fabric of physical and mental reality has been captured in high fidelity audio.  It is merciless. This band excites me to my guts.

And as the band put a delicious quote by composer Roger Johnson about power and noise into their press release – let me drag in some musings myself on the same theme. Foucault said that the body is the site of power.  It’s the point in space upon which social, political and personal attempts at control exert themselves.  But one must remember that control breeds resistance, and that power itself can be creative.  You cannot get rid of power, but you can make sure that it is channelled into something beautiful.  It can destroy, create, or do both at once.  The Body, as a duo, wield themselves like a hammer, flagellating themselves and their music for eternity.  It won’t end. They exist as a flipside of a coin shared with a band like the Flaming Lips (hear me out for a second), who are endlessly inventive, aware of the darkness, but greet it with calls of “hey guys, just celebrate what we have in this limited time on earth”.  This album is what crawls into The Flaming Lips’ dreams when they sleep.  The songs here are the dying cells, budding cancers and crawling microorganisms that writhe around in and on the body of every fan dressed as a bunny jumping around on stage with Wayne Coyne.  This album is the inescapable indifference of the universe and the horror that comes with that blank face in the darkness, slowly chewing away on the bones of its own child. The resistance is futile, and joy in the face of it merely holds of the inevitable loss of the self that The Body capture in their sound.  The wheel of Ixion spins.

Have a good lockdown. 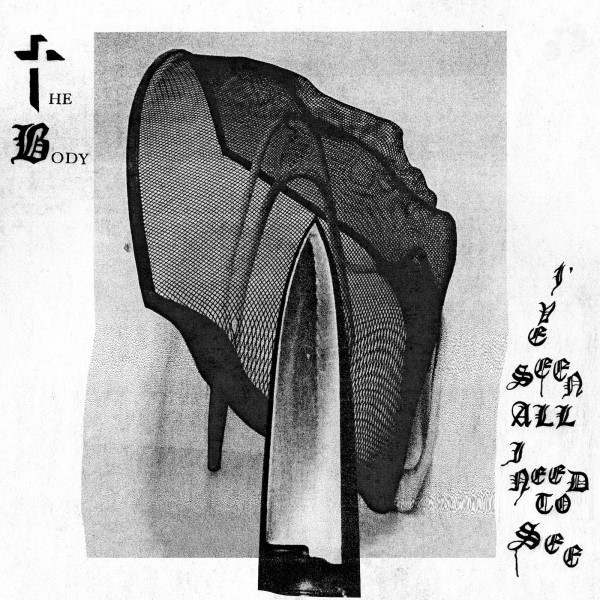