Confession time: I am a lifelong, and unapologetic, ABBA fan, and so it was The Big Deal’s cover version of ABBA’s 1979 hit ‘Gimme Gimme Gimme (A Man After Midnight)’, released just prior to Christmas, that initially captured my attention. First Bite is the Serbian quintet’s debut album, and it does not disappoint. It is a fresh and spirited, melodic hard rock album with a nod to the halcyon days of eighties classic rock.

The first two songs that were unveiled from First Bite encapsulate much that is admirable about the band. ‘Never Say Never’ is an energetic melodic rocker, propelled by Srdjan Brankovic’s guitar riff but elevated to a whole other level by his solo and the glorious keyboard flourishes of Nevena Brankovic. Nevena’s piano and keyboards are a delight throughout this album and her playing adds touches of finesse to First Bite. ‘Sensational’ is, well, just that, and embodies everything that I hoped this album would be, punchy melodic rock with great harmonies and huge sing along hook lines. Great stuff.

‘Top Heaven’, another song released prior to the album, is a blast of high energy hard rock whilst ‘Power On’ hurtles towards the listener at full pelt and is the closest thing to a metal track on this album, however it’s when The Big Deal slow the tempo down slightly that they truly shine. ‘Wake The Fire’ and ‘Bad Times, Good Times’ are both classy AOR tracks but they are eclipsed by the old school eighties vibe of the splendid ‘Rebel Lady’, which is arguably my favourite track on the album.

There is an impressive array of talent within The Big Deal. They have adopted a concise and commercial sound, but underneath the bonnet of First Bite there is an intriguing fusion of styles in play, an accomplished rhythm section with roots in progressive metal and hard rock, deft piano and keyboards belying a classical influence and two strong lead vocalists in Ana Nikolic and Nevena Brankovic who complement each other and harmonise well to add a sweetness to the band’s sound. First Bite is a fine melodic rock album with much to enjoy. It will be interesting to see how the band develops but, as the debut release from a new band, this will do nicely. 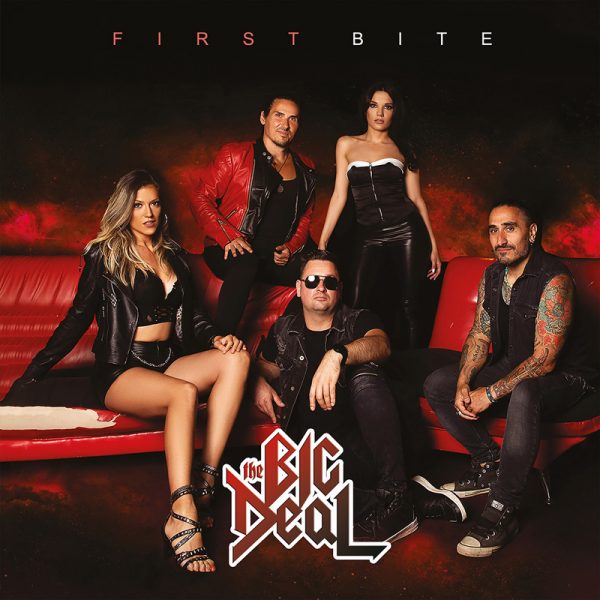