It doesn’t feel like six years since Tesla’s last studio album Forever More but sure time flies when you’re rocking and rolling but they return now with their seventh studio album simply called Simplicity. There is a strong back to their roots vibe to Simplicity and it does have a slight retro feel but not in a bad way – it just feels like Tesla, no attempt to go modern just sticking to the raw rock ‘n roll they are known for. I also feel there is elements of Aerosmith in there too, or more precisely an Americanized classic rock influence.

I do feel like Simplicity is a bit of a roller coaster ride in song impact, very up and down. It doesn’t all work for me, a prime example been the quite dour opener ‘MP3’ which on first listen made me wonder if this album was going to be any good but it’s immediately followed by the raw rock n roll swagger of the rather excellent ‘Ricochet’ and such is the pattern throughout. So I’m caught between raving over the impressive tracks and the songs which seem quite dark, moody and lacking any real bite to garner my interest.

There is a good fistful of ballads on here and if I’m honest it’s these tracks that are ticking my boxes more so than the rockers. I think a lot of this is down to the raw evocative nature of Jeff Keith’s vocals and Frank Hannon’s simply sublime guitar playing. We all know what a great player he is and he knocks out some crunching monumental riffs, but he really shows of his skills in the more delicate and intricate playing on most noticeably the ballads as he adds some really emotive and beautiful melodic licks and solos. For me this is why ‘Honestly’, ‘Other Than Me’, ‘Burnout To Fade’ and ‘Life Is A River’ are probably the tracks I return to most.

The album can be a little dark at times and it think it’s those tracks that lose me but this isn’t an overall feeling as you have rambunctious rocker ‘Flip Side’ adding a big dose of fun with its southern rock flavour and some lighthearted bar room boogie on ‘Cross My Heart’ which is a song The Quireboys would have been proud of. The raw rock n roll and punchy choruses of ‘Ricochet’ and ‘Break Of Dawn’ also proves there is still plenty of life in them.

I think that most Tesla fans will love the return to the roots style of Simplicity and even though I really enjoy the album it is far from perfect. There a some songs on here that are awesome and also some that have your finger hitting skip frequently – What I will say is the positive’s definitely outweigh the negatives which is why I think established fans will simply adore it (did you see what I did there!). 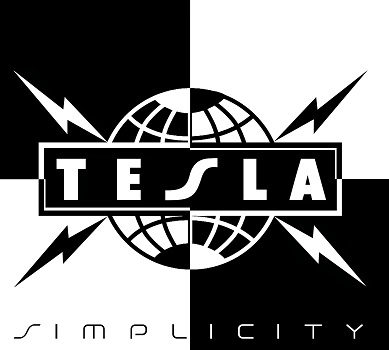