Formed in Breda, the Netherlands, way back in 2016, it’s been quite a journey for melodic death metal quintet TerraDown. A triumphant appearance at Wacken Open Air in 2019 found the band in fine fettle and, riding the confidence wave, their debut album Judgement arrives fully formed.

A wall of glorious feedback heralds the arrival of opening salvo ‘Statement’ which soon fractures in an array of glistening shards. The soundtrack to a world perishing in flames the guitars fall in descending scales as Dimmy Marcelissen’s powerful drumming clears a path straight through the centre. Reminding me of Metallica’s ‘Creeping Death’ in its vast epic-ness, it’s immediately obvious that TerraDown haven’t come to take prisoners. However, the band aren’t all about pure bludgeon as a quieter section, replete with acoustic guitars, provides a moment of levity and, by contrast, makes the riff that follows seem even weightier.

Successfully blurring the lines between genres ‘Volition’ swings with a thrash groove and shines brightly with a metallic sheen as vocalist Nick Brouwer flits effortlessly between clean and guttural growls. ‘Break Your Chains’ finds TerraDown locking in tightly to deliver a song with mechanical precision that recalls Fear Factory at their most industrial. There’s plenty of light and shade evident on ‘Memories’ which finds guitarists Jasper Verhorst and Mark Link firing off each other like Messrs Murray and Smith in their prime and the neo classical flourishes certainly have a touch of Maiden’s ‘Flash of the Blade’.

A loose concept concerning a select group of survivors in a not too distant dystopian future is the theme that unites Judgement and ensures it hangs together as a cohesive unit. While each of the 10 tracks are markedly different this is an album best devoured whole as the deep and philosophical, almost Nietzschean, lyrics weave a rich tapestry that complement the muscular, punchy sound. Clean vocals and a hardcore vibe renders ‘Caged in Stone’ a ferocious slab of metal and there’s little in the way of respite as the equally virulent ‘Black Blood’ snaps hot on its heels.

The oppressive ‘Overlord’ entombs the listener within walls of sound before ‘Reburied’ veers into thrash territory with a classic triple gallop that soon turns into a full-on stampede. Falling like black rain ‘From the Skies’ paints intricate guitar lines that positions the listener in the centre of a musical maelstrom. Album closer ‘Into the Devil’s Lair’ is a riff heavy, chugging affair which leaves huge white spaces into which Nick spews vocals that seemingly emanate from the very depths of hell. It’s a strong finale in which the silence that follows suggests we’ll be hearing much more from this Dutch crew in the near future… 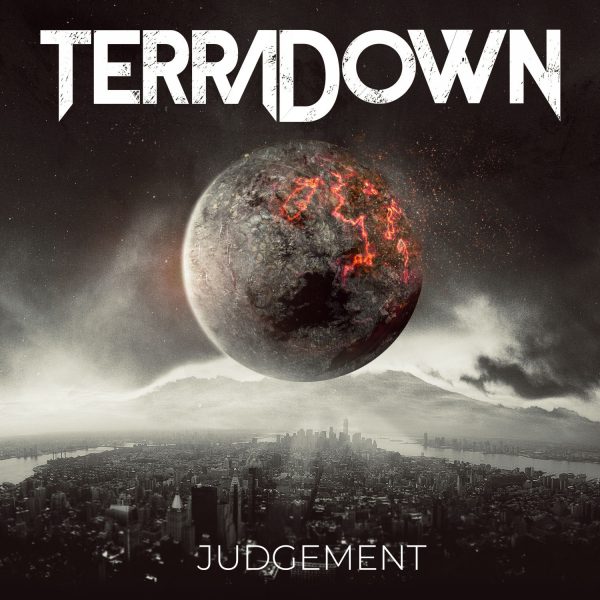