It’s tempting to file Sweet Oblivion in with the long list of Frontiers projects where they team a name vocalist with other writers and musicians and release the results. Some of these projects only have a single album to show for their efforts, but some others have a little more staying power, and Sweet Oblivion, including former Queensryche vocalist Geoff Tate is one of the latter. Relentless is the project’s second album, although the concept of it being a band is possibly undermined by the production and writing on this album being almost completely different to the first one, this time mostly in the hands of guitarist Aldo Lonobile (Avalon, Secret Sphere) and with Tate himself having a far greater involvement in the writing. As far as Tate is concerned, he seems to have struggled to create a separate identity from his former band, starting off billed as ‘Queensryche featuring Geoff Tate’, then touring his own version of the band’s iconic Operation Mindcrime record, including naming his band after the album, then releasing a series of three linked concept albums, which had a mixed critical response. Even this year, he’ll be touring to commemorate the band’s almost equally mighty Empire album and there’s talk of a Rage for Order/Warning tour at some stage in 2022.

With all that in mind, and listening to this album, it’s very difficult to escape comparisons with his old band on almost every track. Even as opener ‘Once Again One Sin’ enters with some gothic piano, the sound is still there, including some spoken vocals in the chorus, as on the title track of Empire, and on tracks like ‘Another Chance’, ‘Let It Be’ and ‘Remember Me’, the influence is a bit too obvious, with only the piano giving it more of its own identity.

Even the song ‘Aria’, which was written specifically for Tate to sing the lyrics in Italian, which would normally be a departure, but as this song features guitarists Walter Cianciusi and Dario Parente, who also feature in Tate’s Operation Mindcrime band, that Queensryche sound still comes through. Most of the songs take a similar path, not just in the structure of the songs, but in the guitar sounds, the backing vocal arrangements, so much of this has that sound. Even when the songs are a little lacking, like ‘Another Chance’ or ‘Wake Up Call’, it’s Tate’s voice that lifts them to a higher level.

There is some variation, ‘I’ll Be The One’, for example, is something different in being a ballad, ‘Remember Me’, even with Tate’s vocals, has a different feel, and the more gothic feel of the opening part of ‘Anybody Out There’ might have been worth exploring further, but the rest of the song just reverts to type. Closing track ‘Fly Angel Fly’ is the same, interesting opening, but it wrenches itself back on to the same path as the rest of the album.

When you’re writing for one of metal’s most distinctive and familiar voices, it must be really difficult to put your own stamp on the music, without it sounding too much like a tribute album. The first album did its best, stirring in some different influences, but it still raised some eyebrows and comments along the lines of ‘Queensryche-lite’, and it’s hard to see Relentless getting much of a different reaction. That’s not to say that’s it’s bad, for the most part, it’s a decent, listenable progressive power metal album, but it never really escapes the shadow of the past. 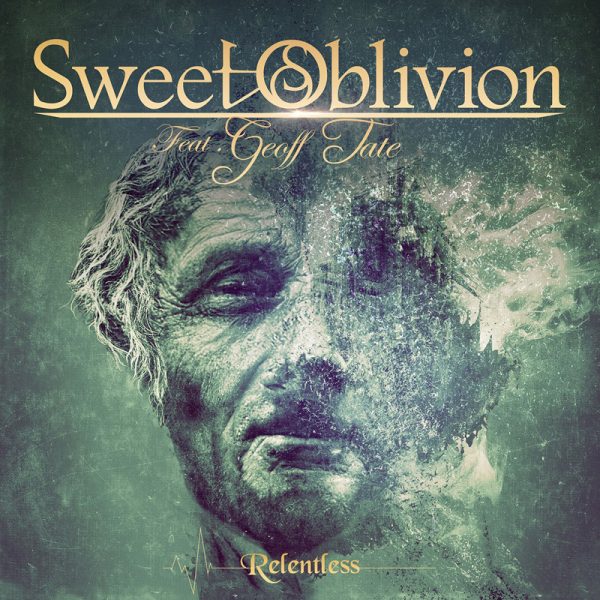