Suzi Quatro is the trailblazing Queen of Rock’ n’ Roll. Not only a global legend who has sold over 55 million records worldwide, she is also a record producer, actress (Happy Days, Minder, Absolutely Fabulous, Dempsey and Makepeace, Rock School), poet, author and radio presenter (BBC Radio 2)

Under the renowned Tennessee-based legendary independent record label, Sun Records, often referred to as the place “where rock and roll was born,” Suzi has released a 6-song cover, EP .  Uncovered  boasts cameos from famed two-time GRAMMY® Award-winning guitarist and songwriter Steve Cropper (Booker T. & The MGs, Sam and Dave, Otis Redding, The Blues Brothers) on two iconic tracks he co-wrote, Wilson Pickett’s “Midnight Hour” and Otis Redding’s “Sitting On The Dock Of The Bay.” The first single from the EP see’s Suzi digging into the Creedence Clearwater Revival classic, “Bad Moon Rising” and is Out Now. 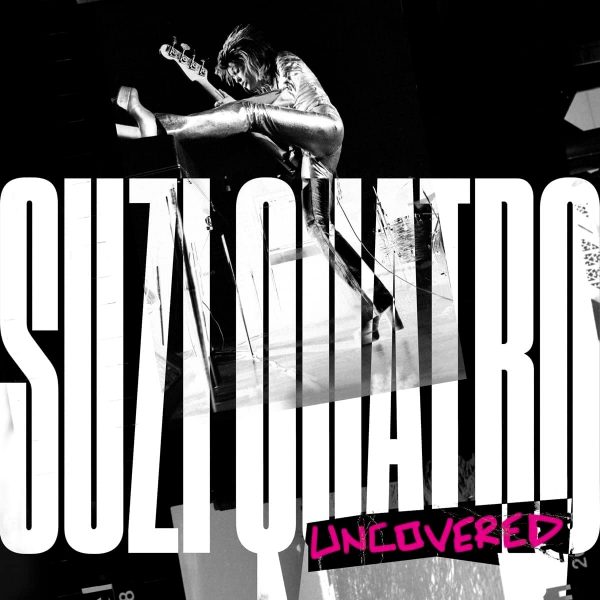 Suzi says: “Since I first picked up a bass guitar and started playing and singing in my first band in 1964, many artists helped show the way, I honor them here with this eclectic choice of songs. Every one of them is here for a reason. Thank you all for your inspiration.”

Since her debut in 1973, Suzi has released 63 singles, 18 studio albums, 20 compilation albums, and two live albums. Over the span of almost 50 years, Suzi is reported to have sold over 50 million records worldwide. Select career highlights include her UK chart-topping singles, “Can the Can” (1973) and “Devil Gate Drive” (1974), and her recurring role as the bass player Leather Tuscadero on the popular American sitcom Happy Days.

To this day, Suzi remains active as a touring and recording musician, and she also keeps busy working in radio broadcasting.

Uncovered is Out Now