Survivor‘s third album, first hit, thanks to that game-changing, life-altering moment when the title track was chosen as the theme to Stallone’s “Rocky III”.

Eye Of The Tiger serves as a full blown colour snapshot of Radio Rock in 1982, that moment in time when popular music bridged awkwardly from the monochrome, melting pot seventies to the upwardly mobile eighties, coalescing around the notion of anthemic, radio friendly arena rock.

Nothing else on the album matched the forthright vigour and stadium stopping wallop of the title track, but ‘American Heartbeat’ came close. It was released as a single, reaching no.2 on the US Billboard Chart, and in the act became the poster boy for US AOR compilation albums.

Both tracks reflected the blueprint as devised by Boston, Journey and Foreigner. Tough, taut guitarwork; dramatic keyboards and glistening pianos. And a vocalist with the sounds of the street ingrained in his voice.

It’s interesting to note, perhaps more noticeably on this remastered version, the potential the band had for heading into a heavier, much more seventies aligned direction. You can hear Free and Zeppelin in the harder rocking grooves of ‘Hesitation Dance’ and ‘I’m Not That Man Anymore’. In the end though, their direction of travel was decided by the success of the title track. This reissue features an extended European edit of that very track as a bonus. 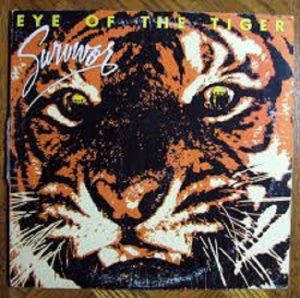