So unbeknownst to us all Sunstorm don’t just turn out to be a mouthpiece for Joe Lynn Turner’s melodic rock dabblings but they are available for any ex-Rainbow vocalist that happens along. This their third outing sees Ronnie Romero from Ritchie Blackmore’s 2015 live incarnation of Rainbow along for the ride on vocals with long time members Alessandro Del Vecchio on keyboards & backing vocals, Simone Mularoni on guitars, Nik Mazzucconi on bass alongside new drummer Michele Sanna (Coma/One Machine) they form the latest 2021 version of the outfit. Originally the brainchild of Frontiers Records head honcho Serafino Perugino the band found themselves in safe hands as they approached the follow up to 2016’s Edge Of Tomorrow as Romero replaces their original front man. So with Del Vecchio once again handling production as well as songwriting, this time looking for a more melodic A.O.R. feel what do we get from album number three?

Launching straight into old school metal on the tile track ‘Afterlife’ with Mularoni’s nimble finger work powering things along and Romero channeling the other Ronnie throughout. Big Guitar, big keyboard, big drums, big voice, big chorus this is where the band sound at their most comfortable. ‘One Step Closer’ takes the pace down a little but still keeps us firmly in the 1980’s. This time the band take their own route rather than relying on the icons of the genre. Next up ‘Swan Song’ with it’s huge riffs and Sanna’s pounding drums this time the chorus is definitely king with some of the album’s most effective backing vocals. As with the opener the band return to all things metal on ‘Born Again’ continuing with the heavy riffage but this time there is no imitation and Romero makes the vocal his own. ‘Stronger’ is probably the least catchy of the collection which is a shame as with it’s powerful chorus and harmony vocals it should have been a stand out but to these ears it just sounds a little cliched.

‘I Found A Way’ takes things in a more bluesy direction reminiscent of mid period Whitesnake which can only be a good thing. With it’s piano led intro ‘Lost Forever’ gives a very different feel to the previous track and provides the album with a strong power ballad. The band step up to the plate once more on ‘Far From Over’ ensuring that once again the chorus leads the song. As always within this genre the guitar and keyboard lie at the heart and this is perfectly executed on ‘Far From Over’ with the balance of rhythm, lead and keys absolutely on point. This continues during  ‘Here For You Tonight’ which brings the keyboard even higher into the mix with good results. Sunstorm finally hits its commercial high on ‘Darkest Night’ which would have been classic MTV fodder back in 1984. On this track they certainly find their sweet spot. If only they could keep this consistancy throughout the album it would be an absolute classic. They do however continue this high on closer ‘A Story That You Can Tell’ which takes us out where ‘Afterlife’ led us in. Back in Dio territory and with a solo that would make Vivian Campbell proud. An excellent way to close out a great batch of melodic rock tunes.

Ronnie Romero should be very pleased with what he and the band have produced for their opening salvo. Everything here benefits from a second listen and some of it (‘Afterlife, ‘Darkest Hour’, ‘I Found A Way’) hits the mark first time out of the gate. However what we have here is a band climbing back on a slightly different horse and it may take a little longer to work out how to best utilize the strengths of their new front man. Having said that following JLT’s is no easy feet but I think for Sunstorm there is definitely an After(JLT)life. 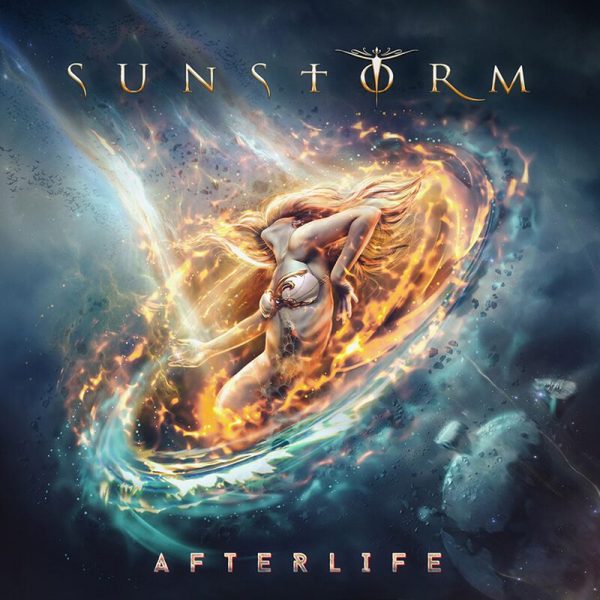