Many viewers have been captivated, enchanted and perhaps unnerved by the BBC documentary series in which the respected academic Brian Cox attempts to peel back some of the layers of the universe, answering some of the biggest questions such as ‘why are we here’.

Well that can be readily answered… We are here to listen to Sunn. The American ensemble’s latest ethereal release Metta, Benevolence BBC6 Live: on the invitation of Mary Anne Hobbs, would actually provide the perfect aural accompaniment to some of the jaw-dropping images shown by Cox on his latest series.

Sunn are of course just about as far removed from any kind of conventional band as you can imagine. Instead the soundniks – led by Stephen O’Malley and Greg Anderson – create sonic synth streams, gentle electric waves that undulate so mysteriously and slowly as to almost appear stationary.

What Sunn offer is little short of a transcendental listening experience…. almost unworldly, hence the marriage to the spacial segments on Universe. Just as with Cox and his insightful command of our solar system, Sunn ask as many questions as they answer.

I have heard them slightly more animated than on this latest release, but the fact that Metta sees them so somnambulant simply heightens the senses, you slide gradually into their sonic sphere and simply allow their gently cushioned tones to engulf your senses.

Only three pieces constitute Metta and all are equally distant and far-reaching.

Mary Anne Hobbs invited Sunn to a recording session at the BBC’s Maida Vale studios in October 2019 on the back of the band’s appearance at the Roundhouse in London. The intention was then to air them on her Radio 6 show.

The two ‘Pyroclasts’ last around 15 minutes each with ‘Troubled Air’ just over half-an-hour, the latter featuring some haunting trombone from Stephen Moore. All three movements are extraordinary listens. This is not background music. Instead, this puts life itself in the background.

The first two tracks feature feint vocal touches from Swedish singer Anna von Hausswolff, although to classify her contribution as singing would be something of an overstatement. No vocals at all appear on the final piece ‘Troubled Air’, just a mesmerising omnipresent drone that meanders through the galaxy like some long forgotten piece of space debris.

The acclaimed experimentalists, who for the record perform live on stage in something akin to hooded monk’s robes, released the acclaimed Life Metal album in 2019. ‘Troubled Air’ featured on that album.

Released via Southern Lord on 26 November 2021 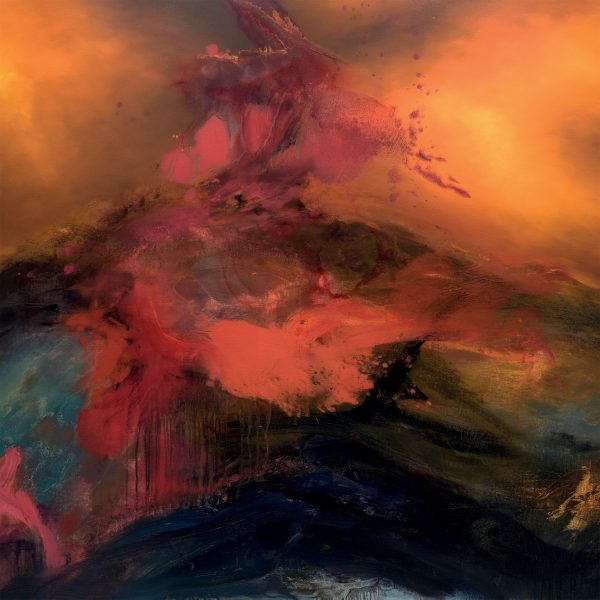