Doom to weep with

Paul Castles suffers in silence with the latest album from extreme doomlords Suffer Yourself, released via Cimmerian Shade Recordings on November 24, 2016

Settling down to Suffer Yourself for the first time almost had me checking my speakers out as the only sound forthcoming was a distant soft fuzz. But before I went for the screwdriver a banshee wail pierced the solitude and the Swedish quartet began to assert their formidably frostbitten interpretation of crushing doom. And crushing it certainly is. Once Suffer Yourself find their groove they squeeze it until it’s red in the face and the eyes are popping on stalks threatening to part company with their head. The methodical menace of opening title track ‘Ectoplasm’ is coated with additional layers of gloom and sporadic female chants that fight for air alongside the deepened crusty croak of Ukrainian Suffer Yourself vocalist Stanislav Govorukha.

As if to reassert which side of the doom coin Suffer Yourself reside, the second song, a 16-minute torturous headtrip is titled ‘Abysmal Emptiness’. You won’t be surprised to learn its painfully slow, mind destroying in places and heavier than a shire horse and almost as hairy. Occasional tinny cymbals try to carve out chinks of light but it’s a losing battle as Suffer Yourself simply pull the covers of darkness more tightly overhead. At one point the throbbing repetitive thud is overlaid with random calls and cries as though coming from behind the brutalized and bloodied walls of a Victorian asylum.

In the slow moving soundscape of Suffer Yourself the third of the five tracks, ‘The Core’, is almost a sprightly jig at around seven minutes. Of course the tone is anything but jiggy as the inherent ambience within is every bit as solemn as what’s gone before. If anything ‘The Core’ almost stumbles over its own laces so painfully slow is the tortured tempo. The feeling is again as cold as ice and the doleful dollops of melancholic doom simply empty themselves of any life the further into this bleak void you go. Not that it needs it, but to heap further layers of intrigue on top the song ends with almost childlike voices, quite possibly provided by the band’s female drummer Kateryna Osmuk. 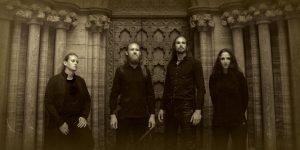 ‘Dead Visions’ is a challenging 20 minutes in duration but with sufficient twists and turns to maintain interest from start to finish. By Suffer Yourself’s own uncompromising standards the early shots into the wilderness are mildly engaging… that is until Govorukha arrives to completely altar the mood with one guttural bellow that comes from such a low point you almost have to reach down to catch it. As the rhythm slowly gains in intensity and depth the Polish vocalist continues to expunge his deathly growl while occasional guitar shards give the whole soundscape a more defined and complete shape. Indeed a riff that works so well within this trough of unbridled despair is sparky and embracing but you just have to peer thorough the murkiness to find it.

Around six minutes into this monstrous opus of a track some Polish (I think!) spoken words of prose are read across a disturbingly bleak and ambient soundscape. I’m unable to shed much light on what is said, although bearing in mind the song is called ‘Dead Visions’ I’m assuming it’s not joyous offerings of bonhomie. As if further evidence was needed that ‘Dead Visions’ is a morose tale of tearful misery, five minutes from the end the melancholic sweep of instrumental music is joined by almost hysterical female weeping that almost has you reaching for the tissues. Not all 20-minute expanses of doom work this well, but ‘Dead Visions’ has enough layers to show that it is time well spent.

Closer ‘Transcend the Void’ ensures the mood at the end of this hour long journey is every bit as gloomy as when we came in. A gossamer thin line of suffocating smog have just abstract male ramblings for company during the initial phase and although the dark and dulcet tones slowly take on more shape, the gentle strokes are still almost too veiled to touch allowing Ectoplasm to eventually fade out, not so much under it’s own head of steam – more like a final dying breath.

If your prefer chunks of doom sliced thicker than a Warburtons’ loaf then Suffer Yourself will fit nicely in your lunchbox. 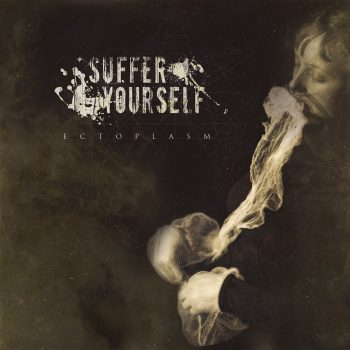