And so to the final, and for fans of stoner/desert rock, most intriguing of this brilliant 5-part live stream series. The debut performance of Stöner, a new band assembled for this occasion by former Kyuss founders Brant Bjork and Nick Oliveri. New desert rock! Played in the desert! by alumni of the defining desert rock band!

The band were born and material created in just 2 short weeks – that’s virtually a land speed record for anything or anyone connected to the LA desert scene. Stöner have kept it traditional, sticking to the power trio format, the band being rounded out by Brant Bjorks drummer Ryan Güt. So after half an hour or so of old live footage from Brant Bjork and the Bros and Oliveri’s Mondo Generator we’re ready, popcorn (or something along those lines) in hand, for the main event.

The scene is set fairly quickly. There seem to be fewer dynamic drone shots of the desert this time around, the band seem to be ready to rumble, chomping at the bit. They stride purposefully, guitar cases in hand, like ageing gunfighters, through the desert to their set up. They plug in, generate some howling feedback, and we’re off!

Opening track, ‘Rad Stays Rad’ opens, thankfully, with some killer fuzzed-out guitar and nasty distortion but, honestly, did we really expect anything else? It’s all filmed in washed-out sepia tones which plays in to the whole Wild Bunch, back-in-town-for-one-last-hurrah vibe. It’s as elemental as Mount Rushmore. 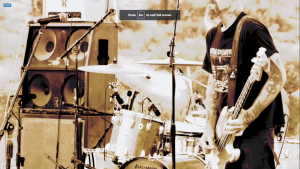 From there on in we snap into glorious technicolour. The grooves are hypnotic, Bjork is decked out in full Cheech and Chong attire while Oliveri looks healthy and resplendent in an old Stooges t-shirt, it’s like they’ve never been away.

The setting sun flares off a microphone as Bjork straps on a Flying V and tears into the devil-horns-aloft riffage of the short and sweet ‘Evel Never Dies’. ‘Nothin’ is similarly concise, the lightshow begins as the desert sand swirls menacingly, there is a hefty dose of punk in these tracks. 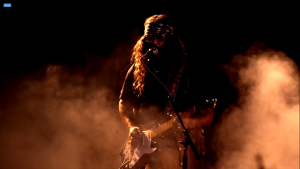 ‘Own Yer Blues’ slows down and stretches out into a bona fide desert blues, droning as only these guys can before dropping down into some serious doomy riffage. Then we have a few more fast paced jams and the blood red finale of ‘Tribe/Fly Girl’ – it’s loose, jammy, loooong with a loping one chord Sabbath groove. It’s a suitably epic, mammoth finale, the fried, frazzled guitar heroics taking us through a variety of moods, from anger to nodding out lethargy before dying in a hailstorm of feedback. Fade to black.

And we’re done. The gig, and the series, are over. Credit, again, to CDWA (California Desert Wizards Association) for putting this all together, it was a massive logistical undertaking and the quality of the finished product was never less than breathtaking. Live music doesn’t have to stall during a pandemic, with enough inspiration, desire, and creativity amazing things can be achieved and all of these gigs will soon be available as live albums and DVD’s. Plus we will hopefully hear more from Stöner in the very near future. 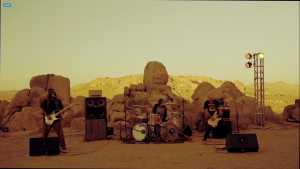 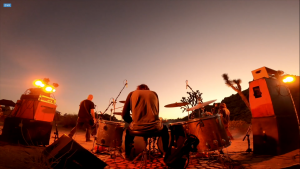 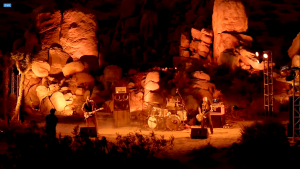 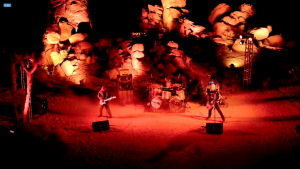