Although guitarist Stillman has been around for quite a while, this EP We Are The Trouble is my first taste of the man’s creations. It’s modern classic rock which wears its influences on its sleeve. To say I was mightily impressed would be a bit of an understatement – I’m actually quite surprised the guy is not better known. I’m not normally one for guitarist’s who do a lot of widdling but Stillman has a way of making his solos truly entertaining and enjoyable. He has a way of constructing them that enhances a song without been self indulgent and ultimately boring. There is an air of the blues to these songs but I sense a distinct southern rock flavour as well which I really enjoyed.

I was intrigued by his choice of subject matter for the lyrics as it adds another nice element to his songs that helps elevate them into your consciousness. Obviously as a guitarist he’s throwing everything in there and multi-layering his solos and riffs and compounding as many hooks as he can into every second and it has an instantly enjoyable impact. I’m sure fans of guitar-driven rock will be blown away by this guy’s superb fret board skill. I found ‘We Are The Trouble’ addictive listening with some cool infectious guitar work. ‘Checking In’ has a blues tinge to its laid back classic rock swagger and ‘Rome Burns’ has a great southern rock flavour that gives it a bit of boogie to its swagger.

We Are The Trouble is classic rock done with a fresh modern edge whilst never losing the raw earthiness that is essential to the classic rock sound. He’s definitely won a new fan in me and if you like your classic rock I’m sure he’ll win you over too. 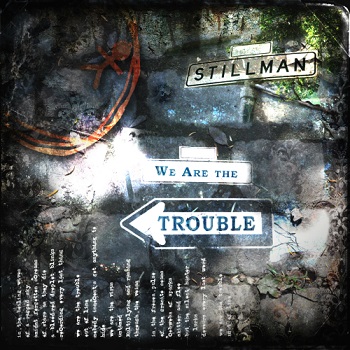