And so, to the second Toto solo album and, for most, the main event. Guitar supremo Steve Lukather. It features several of his long time solo collaborators, plus Toto buddies Joseph Williams (returning the favour for Lukes appearance on ‘Denizen Tenant’) and David Paich. Oh yeah, and an actual Beatle – yes, that is Ringo Starr in the above (and somewhat brilliant) lockdown video…it’s also the albums poppiest moment. Maybe it’s just the presence of a Beatle but for me it has a distinct Jeff Lynne feeling…which is no bad thing.

Oh yeah, the rest of the album. It’s the harder rocking yang to William’s soft rock yin. It riffs, it howls (both fairly smoothly, it must be said) and it displays Lukather’s fearsome and oft overlooked guitar chops.

‘Along For The Ride’ kicks things off with a twisting, complex riff. It’s dynamic and full, never losing sight of that killer ear for a melody – by the time that chorus comes around again, you’re hooked. We then drop out into a Who-esque midsection before the guitars weigh in again. The solo, when it appears, absolutely flies and heralds the arrival of the trademark “big finish”. Brilliant.

Lukather’s beloved jazz fusion also gets a look in too. But rest assured, it’s still rock-centric, this isn’t turning into a Weather Report album (though there’s nowt wrong wi’that). ‘Serpent Soul’ is a bluesy shuffle, augmented by gorgeous, New Orleans jazz piano…take a bow Mr. Paich. The instrumental ‘Journey Through’ takes us from it’s extended smooth jazz intro into a seriously head spinning guitar solo – anyone not previously aware of Lukather’s guitar prowess will be sitting up and taking notice now. The title track, meanwhile, is a glorious mood piece, a note perfect slice of yacht rock with a generous drizzle of floating chillout.

We also get a selection of brilliantly executed covers. Anyone taking on Traffics ‘The Low Spark Of High Heeled Boys’ certainly isn’t afraid of a challenge and Lukather doesn’t skimp on the ambition. This is an absolute triumph, ramping up the rock and delivering a masterclass in band dynamics. Winwood’s classic is Toto-fied very nicely indeed. The mood is controlled perfectly, the band take their time, savouring every moment and leading us through a smorgasbord of emotions. It ebbs and flows like a glass-smooth dusk tide, kissed by the crimson notes of a slowly setting sun. Musos take note, this is how it’s done.

We finish with Lukather’s take on ‘Bridge Of Sighs’, Robin Trower’s ambient, Hendrix-esque masterwork. Lukather takes it into orbit – it’s heavier, trippier, referencing Trower and Hendrix but with added grit and fuzz. Again, they know how good they are, what stellar form they are on so there’s no need to rush. After a brief Hammond solo Lukather lopes in, essaying a silky, slinky solo…before gently taking a flamethrower to the original. The guitar begins to scorch, wail and leave us mortals behind. One final Hendrix-y, fusion-y flourish, and we’re done.

I suspect for most folk reading this, the Lukather album will be the one of the two solo releases they listen to. It rocks, it shreds and it’s pre-loaded with songs you’ll already know but hey, combine it with Joseph William’s album and you get a great, eclectic, Toto double album. Buy ’em both, I say, and play them on shuffle. Is that still a thing?

Released by The Players Club on 26 February 2021 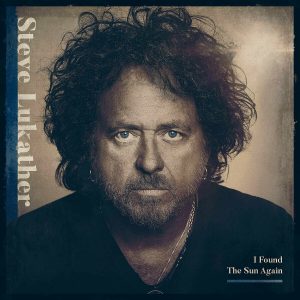