Take a look at Steve Howe’s Wiki page and you will be surprised at the size of his solo discography considering the fact that during his prolific career he has been part of not one but two of progressive/melodic rocks biggest bands. Although he wasn’t a founder member he has been a part of Yes since 1970 and still remains with the band (despite numerous line-up changes) to appear on their upcoming The Quest album, their twenty-second. Add to this his time with Asia for much of that bands on and off existence plus time with GTR (with Steve Hackett, Max Bacon, Jonathan Mover and Phil Spalding), Anderson Bruford Wakeman Howe and many more and it makes you wonder how he has managed to still have enough material to fill these Homebrew releases.

The Homebrew series reaches it’s 7th edition with this Homebrew 7 title (see what he did there) and marks the 25th anniversary of the original Homebrew album from 1996. Basically a way for Howe to make available material which was either in progress or on the back burner, the Homebrew set of CD’s has always contained sneak peeks, alternate versions and sketches from the guitarists studio output. Where this outing varies from the previous instalments is that everything here showcases the final recordings for these tracks and in Howe’s words “I don’t intend to re-record these”.

It really is a testament to Howe that this selection of material really comes across as a solid album in it’s own right and probably makes Homebrew 7 the strongest of the series so far. The material gathered together here dates from 1978 (‘Space Void’) to 2016 (‘Strange Wayfarer’) but considering that these pieces were never written for any particular project but were more designed as a library to be slotted in to whichever Yes, Asia or solo composition that required them is astonishing. Many of these songs are under three minutes but even the shortest stand both on their own and as part of this cohesive collection. Only four of the compositions contain lyrics the first of which is ‘Half Way’ which is also the only one which includes a band of sorts made up of Howe on vocals and guitar along with son Virgil on Drums and Phil Spalding on Bass. This is the original version of the song ‘While Rome’s Burning’ which can be found on Howe’s 1991 solo album Turbulence but could have been worked up to fit on any of the later day Asia releases. As soon as Howe adds vocals/lyrics the Asia magic seems to come to the fore and this is born out on ‘Outstanding Deal’ with its pedal steel and strong bass line and the keyboard led ‘Devon Girl’. So many styles are explored throughout whether it’s the blues on ‘The Only One’ or ‘Matter Of Fact’ or the more proggy ‘Safe Haven’, ‘Touchstone’ and ‘Cold Winds’ from 1983 which features his other son Dylan on drums, at the time he was only fourteen. One track which may be familiar to Yes/Asia fans is the synth heavy ‘Deanscape’ due to the fact that it has appeared on the Roger Dean website for many years. It is no surprise that 1982’s ‘A Lady She Is’ is a favourite of Howe’s with its dual mandolin and acoustic guitar finger work shining through it really does show him at his ambient best and is the perfect contrast to the electric/steel of ‘Two Sided’ which follows. Another track which deserves special mention despite it being the shortest track at only 1:05 is the synth workout ‘Space Void’ which along with the equally strong ‘From The Get-Go’ featuring Howe playing his favourite Gibson ES175D electric guitar close out this collection. Included along with the music is a booklet which gives a brief explanation of the origins of each of the pieces along with the instruments used for the geeks amongst the listeners. A most valuable and informative addition.

With the recent release of the spectacular Asia The Reunion Albums 2007-2012 box set and the latest Yes release due to be set free into the world on 1st October 2021 there is plenty of Steve Howe guitar to fill the fan’s shelves, however on the solo front this is a worthy follow up to 2020’s Love Is and outshines 2016’s Homebrew 6 to add to Steve Howe’s ever expanding contribution to the history of progressive rock. Long may it continue. 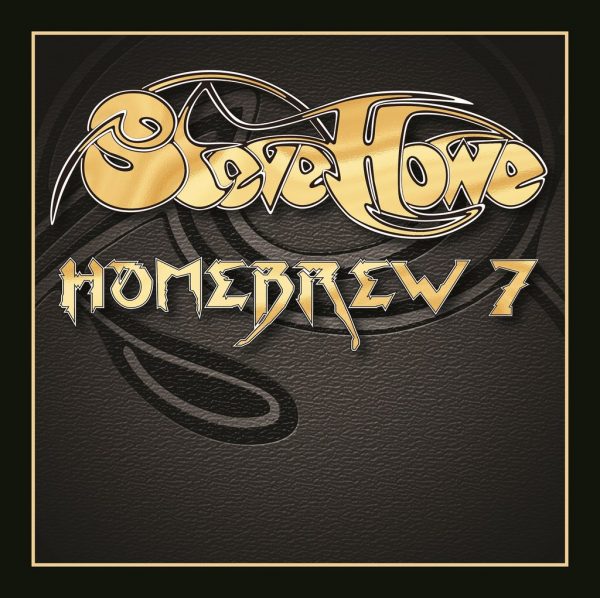