So, what can I say about the legendary ex-Genesis guitarist Steve Hackett that hasn’t already been said? Not very much really. “Hackett’s early exploration of two-handed tapping and sweep picking were far ahead of their time” – Guitar World, “A great riff, great lyrics and another guitar solo to die for…” – Getreadytorock, “Hackett may well be the best guitarist around” – Brighton Argus.

Even before leaving Genesis in 1977, he had branched out on what was to be a long and productive solo career. Despite harvesting the fruits of his time with Genesis over recent tours, twenty-seven solo albums later Steve Hackett now releases Surrender Of Silence. Many artists struggled to produce one album during 2021 but for Hackett this is his second following the release of Under Mediterranean Sky at the beginning of the year. Both projects were put together during lockdown but there are few musical similarities. Whereas Under Mediterranean Sky was an entirely instrumental acoustic based album, his latest is in Hackett’s words “no holds barred”.

As with most of his solo efforts this so called “new studio rock album” is far more than that tag implies both musically and lyrically. This is apparent from the opening bars of ‘The Obliterati’ which acts not only as an introduction to the album but also to ‘Natalia’ as the crystal-clear guitar leads into this Valkyrian orchestral opening duo before Hackett’s familiar vocal tones join in on this mini opera. Moving seamlessly onto track three ‘Relaxation Music for Sharks (featuring Feeding Frenzy)’ the velocity is momentarily reduced to preparing you for the onslaught of crashing drums and Hackett’s out and out shredding interlocking with more great orchestral arrangements from King. It is no surprise that the percussive performances here are exceptional with Blundell, Ehart and D’Virgilio performing with the likes of Steven Wilson, Kansas, Spock’s Beard and Big Big Train during their individual careers. Surrender Of Silence sees Ehart returning to the fold after first recording with Hackett on his second solo album Please Don’t Touch. In a complete shift away from bombastic, first single ‘Wingbeats’ transports us to the African plains with its tribal beats. The real skill of Hackett’s recent writing is the way that like his old comrade Peter Gabriel, he links his very distinctive guitar style with the world music that he chooses to champion. Shades of King Crimson come to mind in the driving Blundell/Reingold rhythm and Gothic King organ displayed during ‘The Devil’s Cathedral’. Add to this Sylvain’s cracked vocal and this is an exceptionally strong performance from the whole band. ‘Held in the Shadows’ is a pure guitarfest as the maestro lays down every weapon in his armoury over another pounding rhythm track enhanced by beautiful vocal harmonies. Bound for the Far East for our next destination as ‘Shanghai to Samarkand’ rolls in with strings and a mood of “Kasmir”. Latest single ‘Fox’s Tango’ gives more reflections on Crimson with it’s heavy drum sound interlaced with intricate soloing guitar. ‘Day of the Dead’ and ‘Scorched Earth’ move the focus to the vocal talents of the Hackett/Lehmann duo while on the former Hackett tries out his best Blackmore and May licks alongside the dark subject matter on the later a calmingly soft piano allows the vocals to totally dominate as Hackett puts in one of his strongest vocal performances for some time on this mournful tale of the fate of the earth. The short outro of ‘Esperanza’ returns us to the classical guitar reminiscent of Under Mediterranean Sky in complete contrast to the albums opening shots. As with all of Hackett’s later day solo work Surrender Of Silence is very much written for himself. I’m sure he knows his audience and quite rightly knows that these days the people who spend their money on tickets to his shows are not necessarily the same ones who will rush out to buy this album… there are however a large number who will hang on every note he plays and they will paw over this album in even greater detail than I, but they won’t expect to hear to much of it if they see him on the forthcoming tour.

Surrender Of Silence is released on CD, CD/Blu-ray mediabook, 2LP/CD Vinyl (in both black or nebula effect) with signed copies available from the HackettSongs website. All things going to plan the Genesis Revisited 2021 Tour – Seconds Out and More should be hitting the road in Leicester on the day of this albums release. The tour will take Hackett and crew all over the UK through until the end of October at which point it will move onto Europe, the USA, Australia and New Zealand taking them well into 2022 with these rescheduled dates. 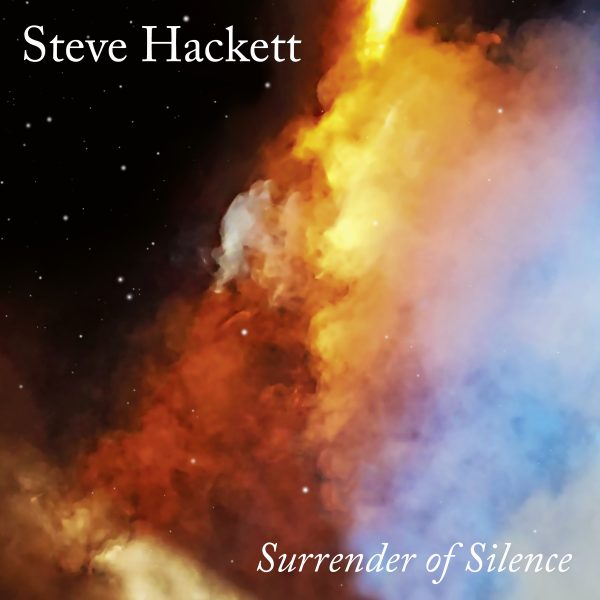