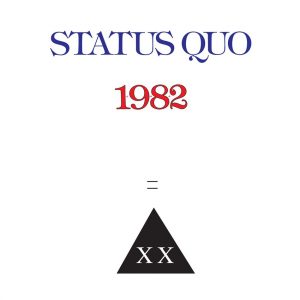 UMC Records continue with the “abundance of riches” approach, by simultaneously releasing not one, not two, not three, but yes, you guessed it, four extended Status Quo remasters this month. Each one blessed with a second disc of carefully curated material, mainly of “previously unreleased” tracks, and in fact one of the four comes with 3 CDs.

With me so far? Good.

Apart from the obvious addition of rare goodies, Andy Pearce’s remastering brings a noticeable punch and clarity to the material, especially the ’82 and ’83 recordings, revealing more than met the eye at the time. 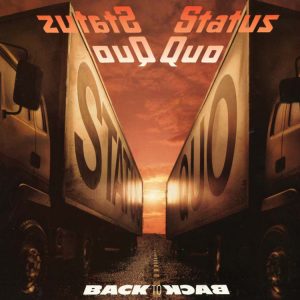 Hard to believe that the band was in turmoil during the early 80s. 1982 and Back To Back were battle grounds, especially for Rossi and Lancaster. Yet, it’s often the case that competitive tensions within a band gets the creative juices flowing. And they were used to the “same old same old” brickbats being thrown at them as the Quo hit machine spluttered. Suitably motivated, Back To Back delivered 4 UK Top Twenty singles, a significant chunk of the 60 chart hits achieved in Quo’s career, more than any other rock band.

Interestingly, on Back To Back‘s bonus CD, we get the Rossi/Bernard Frost co-writes that were to launch Rossi’s solo career. A plan quickly consigned to history. 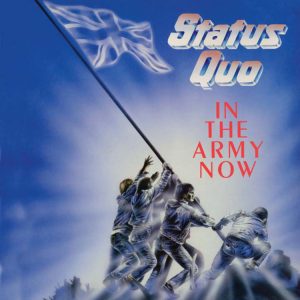 By 1985, Lancaster had gone. Rossi & Parfitt re-cemented their relationship and relaunched Quo as a rock band with bite and imagination. In The Army Now proved them to be the same consummate pop-rock craftsman who had been making it all sound so effortless for years. The bonus CD contains B-sides and live tracks, much of both previously unreleased, including as well as extended mixes. Look out for the legendary unreleased B-side ‘Rock’n’Roll Floorboards’.

Ain’t Complaining tested the patience of diehard fans who indeed complained that the band’s music had strayed too far into corporate AOR territory. This 3 CD version, the remastered edition, redresses the balance. It goes that extra mile… by including (on disc 3) their BBC, Live From Wembley gig in 1988, and on the second bonus disc, we get a fabulous extended version of their major Chart hit ‘Burning Bridges’, later to be adopted by Manchester United. 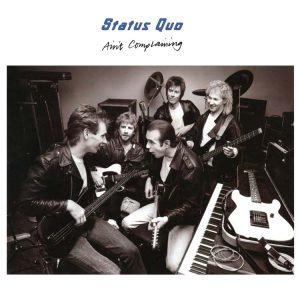 New liner notes and interviews by Dave Ling, and new artwork by Hugh Gilmour featuring many new photos and memorabilia from Bob Young’s personal collection round out this cool new batch of remastered and extended Quo classics. Did I say this stuff’s all new?