The right kind of weird…

Kemper, Brittany duo Stangala is the right kind of weird. Embracing all that psych rock, stoner, black metal, Celtic, folk and experimental jazz could possibly offer, their music is that strange metal kettle of fishy-wishies whence one would gladly sup and dine whilst supine beneath the brine. Funky riffs, sexy and strident saxophone, a pinch of distortion on the guitar, bagpipes, Celtic and folk melodies, King Crimson / Magma-esque time signature-shifting feels and contorted, distorted and mind-bending textures, Klañv is both a demanding and rewarding album to listen to, one that is well worth giving plenty of time to.

The opening track alone is vast. At almost eight minutes, ‘Bigoudened An Diaoul: Orinoù’ treads many a diverse path, all of which effortlessly merge and intertwine to form a beautiful coherence. And while an acoustic passage opens ‘Hent Loar’, when the grumbling almost-doom bass and the black metal vocals urge the track into darker territories, it’s immediately apparent that Stangala bear little loyalty to genre and even less to well-worn standardised structures and soundscapes. Black metal seeps into ‘Lutuned An Noz’ and is greeted with more of the Celtic influence, the bagpipes parping their merry way through the serrated darkness.

No rest for the wicked, the album continues to shift and sway and swing through an array of dynamics, textures, grooves, feels and atmospheric experimentation. The title track, even at its relatively brief four minutes, is epic in its scope, as is ‘N’eus Ket Dremmwel Hiviz’, its prog magnificence captivating and uplifting. And the Sabbath-esque stoner doom jazz of ‘Jan’ followed by the jazz-death-doom-black-prog of ‘Marv Int Ar Martoloded’ take the album in more innovative directions. And with closer ‘An Ankoù Hag Ar Vor’, where else is there to go but into doom-drenched atmospherics, blackened and charred soundscapes, detective noir jazz, and avant-garde experimentation? Yep, it’s a weird one and a weird one that works incredibly well.

There are a few moments scattered across the album when the Celtic and folk elements feel levered in rather than as part of the otherwise coherent whole but other than those few minor incongruities, Klañv never loses momentum or falls foul of sonic superfluity or musical redundancy. Well-written, well-executed and well-produced, if you like your music innovative, creative and full of many a musical and mirthful surprise, Klañv is the way to go. 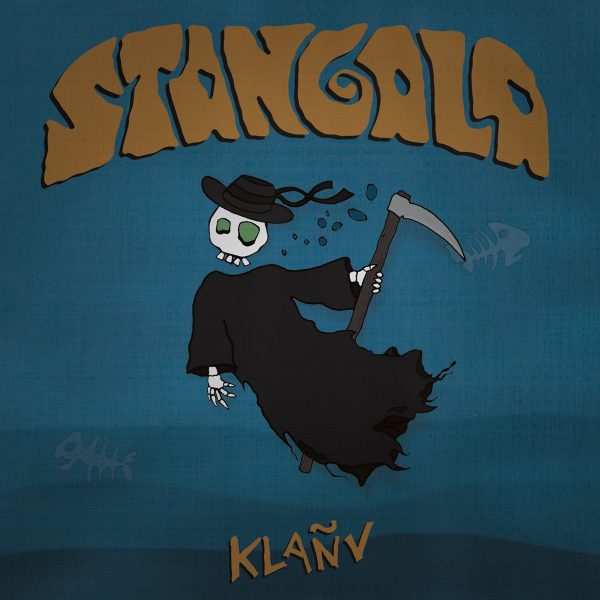