Formed as Stackridge Lemon in 1969 things really started moving for this Bristol combo when they dropped the “Lemon” to become the snappier Stackridge. Appearing at the very first Glastonbury Festival as both opening and closing act it seemed the band had the world at their feet while their quirky, quintessentially English sound earned them the tag “The West Country Beatles”. Progressive without being pompous this lavish set Stackbridge 50 – Recordings 1971-2021 collects the bands best tracks across two CD’s while a third disc showcases their live prowess to create the perfect career overview.

‘Overture’ is an introduction, very much in the mould of The Moody’s Days Of Future Passed, and its constant shapeshifting, employing different time changes and textures, is typical of this collection. Stackridge are a band who constantly reposition the listener and ‘Overture’ is a cinematic offering, a dizzying maze of time changes and this echoes throughout the three discs. George Martin produced Stackridge’s third album (1974’s The Man In The Bowler Hat) and he certainly brought those Beatles influences to the fore and that’s most evident on next song ‘Fundamentally Yours’. It’s a track that wouldn’t be out of place on Rubber Soul with its lush harmonies and multifaceted nature, but Stackridge are no mere copyists and this disc finds them rocking a unique groove.

The band’s inspiration came from a myriad of sources and ‘The Galloping Gaucho’ arrives from the music hall tradition and is like stepping inside a strange, haunted carnival. It’s a riotous explosion of sound that promises all sorts of dark delights before ‘Fish In A Glass’, heavy on the piano, swings with a definite jazz sensibility. An eerie echo from the roaring twenties is ‘Dancing On Air’ while the risqué ‘Do The Stanley’ has more than a touch of cabaret and it’s these disparate influences, mixed as if at the hands of a master alchemist, are pulled into a cohesive whole that give Stackridge their unique sound. Like doors opening to alternative realities each of these tracks inhabits an exclusive space which renders Recordings 1971-2021 an intriguing and kaleidoscopic listen.

Picking up where the first disc left off ‘Who’s That Up There With Bill Stokes?’ is an instrumental that, full of nifty tempo changes, weaves a spell over the listener. This compilation doesn’t run chronologically, but rather picks choice cuts from the bands career and assembles them as an alternate album which, in turn, places the songs in an entirely new context. Subsequently the fluttering ‘Teatime’ sits next to the punchy ‘The Steam Radio Song’ before, in a moment of existentialism, the band step out of the song, and into another dimension during ‘Fascinating World’.

Despite being written over decades and performed by a constantly rotating line up Recordings 1971-2021 flows exceedingly well and the delight of listening to this set is not knowing in which direction the band will veer next and the excellently titled ‘Pocket Billiards’ moves into jazz fusion territory while ‘Wonderful Day’ has a touch of Americana (even though it’s about an Austin Maestro). If high octane boogie is your bag, then check out ‘Keep on Clucking’ which recalls Quo at their most vivacious. ‘Purple Spaceships Over Yatton’ is fertile ground from which all sorts of goodness sprouts before ‘It Must Be Time for Bed’ closes the disc in fine style.

The third disc is a Stackridge live show (recorded on the final date of their very last tour) and was something of a bittersweet affair. Famed for their energetic live show; an appearance at Reading Festival featured a chorus line of “schoolgirls” with dustbin lids but this set, thankfully, drops such bells and whistles which has the benefit of bringing the songs to the fore and, with songs this good, that’s exactly where they should be. ‘Fundamentally Yours’ is a strong opener and then things blast into the stratosphere with ‘Over The Horizon’. The decision to fade between tracks does spoil the live atmosphere somewhat but to paraphrase Nigel Tufnell, “That’s nit picking”. The band were always stellar musicians and time has only honed their craft and if you need proof just listen to the elongated ‘Long Dark River’.

As there’s no overdubs on this recording, I was going to describe it as a “warts and all” effort but in truth there are very few “warts” on here. The brief sound issues at the start of ‘Lost and Found’ only add to the charm and it’s such moments that make live performances so special. The set list reads like a ‘greatest hits’ selection with a few surprises like ‘Slark’ and ‘Highbury Incident’ thrown in for good measure. As this was to be the band’s last show it’s only fitting that the aptly titled ‘The Final Bow’ was to be their swansong. It’s whimsical and poignant and ensures their final bow was on their own terms.

Stackridge are often credited as being “the missing jewel in the crown that is British pop music” and Recordings 1971-2021 is a box of treasure just waiting to be unearthed. 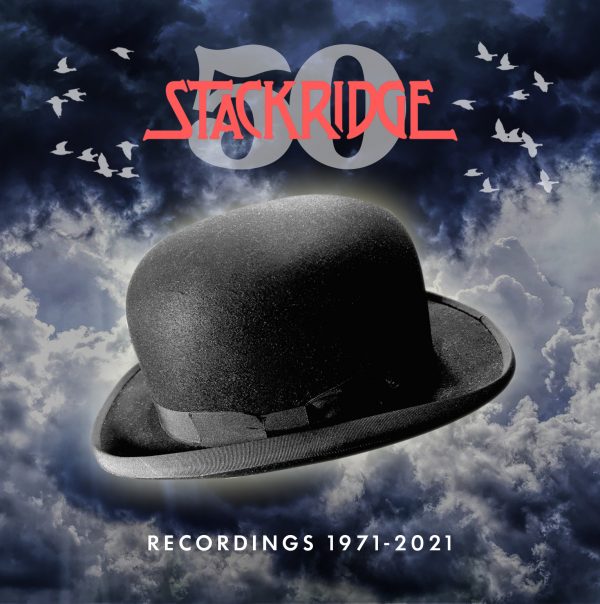