Materialising in this dimension on 13 May 2016 by SE Productions/Cargo Records and reviewed by David ‘Chicken Feed Babe!’ Waterfield.

The inaugural journey of Space Elevator’s self-titled debut was in March 2014, however with a number of live and festival dates lined up for this summer and beyond and a second album currently in the works via Pledge Music, it’s been dusted down and launched into the firmament once more.

Space Elevator came together through the West End production of the musical ‘We Will Rock You’ and a massive Queen influence runs right through this album like a stick of Brighton Rock: big production, lashings of vocal harmonies, melodic songs, theatrical bombast, layers of guitars and even former Brian May (and ex-Whitesnake) cohort Neil Murray on bass.

The airy funk/rock of album opener ‘Elevator’ may be the band’s calling card but there is much stronger material on offer here. The controlled punk-pop of ‘Little White Lies’ runs off the rails towards an unhinged and unexpected ending; ‘The Loneliness Of Love’ comes on all REO Speedwagon but then blossoms into an excellent track in its own right with a huge singalong chorus; ‘Ordinary Day’ and ‘More Than Enough’ are meticulously-crafted AOR with memorable hook lines and both feature excellent solos from guitarist David Young but for me the highlight is the blues-tinged ‘Really Don’t Care’ built on Murray’s driving bass riff.

The music here is flamboyant, commercial, sometimes preposterous and not everything hits the target but Space Elevator come across as a group of accomplished musicians playing for the enjoyment of it rather than a bunch of theatre types playing at being in a rock band. A special mention too has to be made for the band’s lead vocalist, known simply as ‘The Duchess’. The alluring and enigmatic singer possesses a tremendous voice and she takes on the numerous styles thrown at her on this album and smashes them all out of the park.

Space Elevator don’t take themselves too seriously and unfortunately because of their musical theatre background there are some critics who don’t take them seriously either. Admittedly the band don’t help their own cause by writing Dr Who themed love songs like ‘I Will Find You’ (a pleasant song but lyrically a bit gimmicky) or frivolous ones like ‘Oils and Bubbles’ (camper than ‘Xanadu: The Musical’ – but it made me smile!) However it would be a mistake to dismiss Space Elevator out of hand as they are a group of top notch musicians blessed with an excellent vocalist and – when they hit their stride – they produce quality melodic rock played with skill, invention and panache. 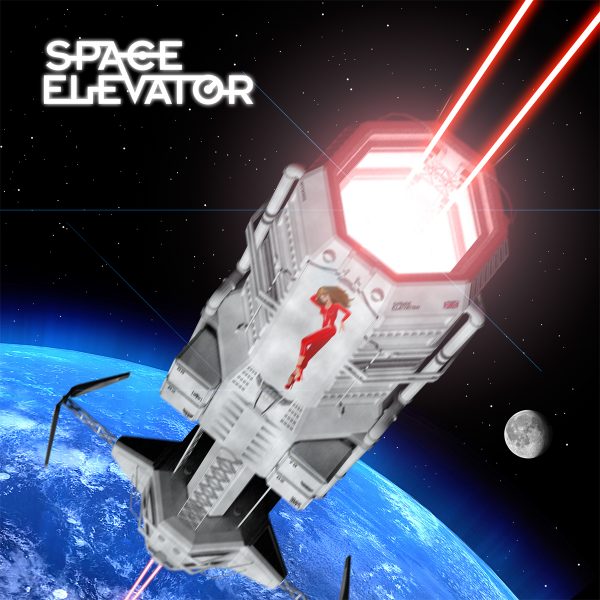