I’ve always preferred Richie Kotzen solo rather than him hooking up with a band (be that The Winery Dogs or otherwise). Even so, much as his soul-soaked burning rock appeals deeply on a personal level, listening to too much of it can turn you emotionally inward, or, to some, it can come across as self-indulgent musically. Thus, chancing upon the video for ‘Taking My Chances’ from Smith/Kotzen, a new pairing with Iron Maiden guitarist Adrian Smith, it appeared to offer the free-flowing virtues I admired with a firmer grip on the dynamics, and a harder, more contemporary sound.

My concerns were that as a whole, an album’s worth might prove solid but a little too predictable, not leaving its comfort zone. There’s a formula for sure, but they put it to the test, applying their individual skills and hutzpah to something that looks back at the classic rock sound of the 70s and ask how can we retool this to suit our purposes now? With love, craftsmanship and most importantly a bunch of good songs.

That it’s a partnership is apparent. Not only the obvious six string fret workouts (that don’t overindulge surprisingly), but the vocals too (Smith proving an engrossing dark horse here), and bass too which is quite up front in a number of the tunes. Aside from that, from what I can gather other guests are slim, Kotzen drumming, his solo band’s Tal Bergman doing so on three tracks, and Smith’s Maiden cohort Nicko McBrain on ‘Solar Fire’ (that makes sense because there’s echoes of the Pat Travers Band within it).

A crossfire of guitars swoop in, whirl and twist with assured confidence when you switch play. How else could it start? With Kotzen’s voice to the fore, we’re working within that hard soul rock sound that Rare Earth and Trapeze created back in primordial times, got castigated when Glenn Hughes went a warbling too long in Deep Purple, and saw commercial success with bands as different as Extreme and the Red Hot Chilli Peppers years later. Here, you hear the positives. Less frenetic shred elements give something hardened and sturdier, built on classic 70s rock foundations with added deeper bristling guitars sounds.

‘Taking My Chances’ finds Smith handling vocals on the verses and its lyrical statements of intent, Kotzen hitting the higher notes and explaining how that’s likely to play out. The song shuffles and squeals with a slamming funk-up against the wall rock sound, and razor-sharp hook lines. Guitars get decidedly heavier as it progrsses, grazing hard on the chords, laying down a groove riff, the soloing interchanging; swooping in and out with tonal variations.

Drum pound out on the cruising rock that is ‘Running’. Kotzen initially taking the lion’s share of the vocals before Smith comes in with a bluesy solo, then adding counterpart harmonies prior to Kotzen soloing. That is, unless they faked who did what for the solos on the video.

Continuing to evoke the blues but steering far and wide into cowboy rock territory we get ‘Scars’. It feels big, emotional, not new certainly but a different type of track for both of them, and from those previously heard on the album. It’s like some lost Joe Walsh and Pat Travers jam from the 70s worked up to have a modern vibe.

‘Some People’ owes a debt to Purple’s You Can’t Do It Right (With the One You Love) but here extracts the funk from the original, slowing down the pace and the deep grit in Smith’s voice makes it all the more compelling, the pair joining on the knowing lyrical refrain “some people get under my skin, not you, but you know who”. ‘Glory Road’ is its lyrical companion, while edging into the Midwest arena rock feel evoked on ‘Scars’. It drags in a downbeat lazy bluesy groove before souped-up guitars play on the right side of outré expression.

The pace then picks up as McBrain hits the skins for the stirring rocker that’s ‘Solar Fire’.  As noted, there’s the swaggering character and hooks you might find from the Pat Travers Band here, but there are also riffs, lead lines and the flying off at angles with fiery arrogance you might have found in the Ritchie Blackmore of yesteryear. Alas, the staggered Stargazer’ styled riff that opens ‘You Don’t Know Me’ initially deflates my interest but it shifts towards contemporary ballad form and draws me back in, the seven-minute plus song breezing off into a bluesy jam with wailing guitars and thumping hard bass until it gently fades away.

‘I Wanna Stay’ says it all in the title, slow laid-back, tinged with soul, blues and some feel good chords and the briefest of jazz fusion moments. It ends with ’Til Tomorrow’ and again I’m initially a little indifferent to it opening groove, but two and half minutes in one guitar starts playing with metronomic precision as a series of other six strings slide in soloing far and wide, wailing as it goes up-tempo, then hammering out ten to the dozen frenetically before ending in a corrosive wave of sound.

An album nobody was expecting. Nine songs encapsulating personal struggles and sometimes being your own worst enemy, about those both close to you and those on the periphery of your life that you currently perhaps have to grin and bear with, alongside some inner searches of the mind, and skimming into the mystical but holding back from being airy-fairy. No, it’s not an album that will change the world, but it is one that I’m glad was made.

Here Smith and Kotzen bring their strengths to the table, and seemingly leave any egos to one side. They not only know how to work their guitars as they mesh and solo as appropriate but vocally too. Ultimately it’s about the songs and there are few complaints in that area. 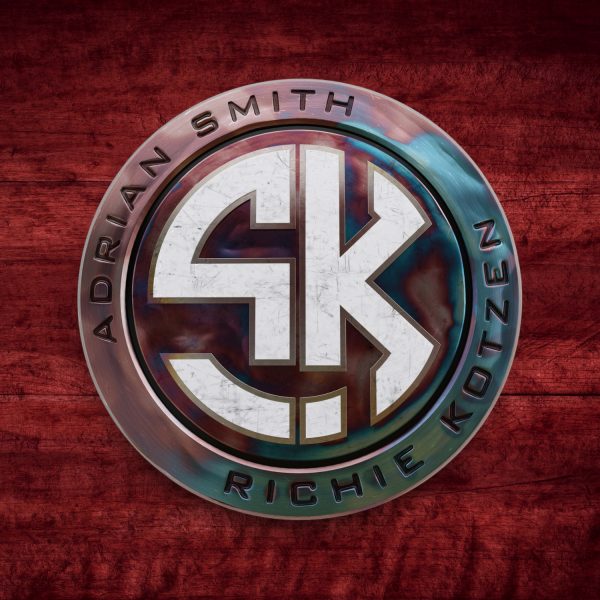