Scandinavian rockers Smash Into Pieces have released their brand new single ‘Broken Parts’. The song is taken from their upcoming sixth studio album, exploring and expanding the world they created on last year’s album ARCADIA both aurally and visually.

Continuing their episodic storytelling after three adrenaline-fuelled instalments, ‘Rise Up’, ‘Real One’ and recent double instalment ‘VR’ featuring the tracks ‘My Wildest Dream’ and ‘Bangarang’, ‘Broken Parts’ is the fourth episode of their hi-tech second season of Arcadia World. Velvety melodies and dream-like electronics collide with a thunderous soaring chorus that sees their protagonist face a difficult choice at a fork in the road. Watch the futuristic video here.

With a massive track record consisting of five albums, 27 singles, 250 million streams across platforms with over 170 million of those on Spotify alone, and with more than 65 million views on YouTube, Smash Into Pieces have evolved into one of the fastest rising Scandinavian alternative rock bands to date.

Formed in 2009 and comprised of vocalist Chris Adam Hedman Sörbye, guitarist Benjamin Jennebo, guitarist Per Bergquist and drummer/DJ The Apocalypse DJ, they released their fifth studio album last year which, together with the lyrics accompanying music videos, began to tell the story of a digital world – ARCADIA.

In 2021 that story continues, and these new songs are just the beginning. Stay tuned for more new music and exciting announcements in the very near future. 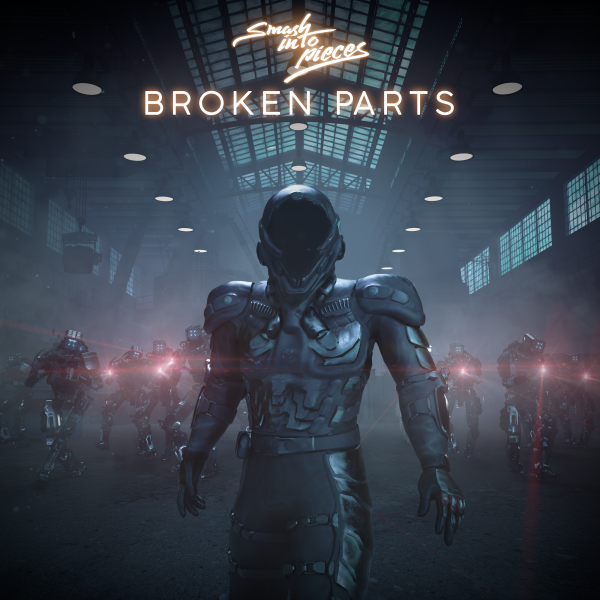