While musical fads come and go (and with increasing rapidity) there’s a reason why raunchy rock n’ roll stands permanent and immovable. Quite simply, it’s the mutt’s nuts and one of modern rock’s best proponents are Small Jackets. Having left a tantalising trail of music we arrive at their latest album Just Like This! and, seven years in the making, it finds the band on top form and if you want to know how the best bands rock out it’s…Just Like This!

Like Chuck Berry overdosing on cheap amphetamine ‘Midnight Town’ gets the album off to a flying start and if this song doesn’t get you off your seat, then I recommend a new pair of ears. The opening riff will snare you immediately while Mark Oak’s vocals will reel you in. As soon as ‘Midnight Town’ bursts from your speakers then it’s time to drop everything and pay attention; you know you’re in for some good music. Small Jackets deliver a sound that’s lean (and mean) and stripped of any access fat and takes the most direct line to what it’s all about. However, don’t mistake this band for a bunch of one trick ponies as the following ‘Getting Higher’ veers into funk territory with spiky guitars overlaying a circular drumbeat and the effect is quite dizzying.

Small Jackets have a sound that seems tailor made for the biggest stadiums and songs such as ‘Next Level’ should get them there in style. Swinging with attitude ‘Next Level’ is the musical equivalent of a roller coaster, so I suggest you strap yourself in and enjoy the ride! With Eddy Current and Phil Baychans delivering a twin guitar attack things get pretty lively and the sweet tones they attain seems as if they’ve been soaking their strings in honey. I’m picking up a definite Southern rock vibe on ‘Breakin’ The Line’ while ‘Funky Crunchy Woman’ could easily have come from the pen of Aerosmith. This is good time rock n’ roll that’d sound best blasting from a convertible on a warm summers evening.

This quartet never fail to throw a curveball and the jazzy breakdown in the middle of ‘The Jail’ took me by surprise and the addition of some sublime saxophone is the kind of thing that elevates Small Jackets above their peers. It’s the kind of invention found on early Van Halen records and it works equally well here. But badass rock n’ roll is what they do best, and they don’t come much more badass than the tight-but-loose ‘Movin’ On’ which, with bawdy piano, would make the perfect soundtrack to a bar-room brawl. Foot is firmly on the accelerator for ‘Get Out Of My Way’ which speeds us towards the album’s finale.

On an album that lives life in the fast lane the laid-back vibe of ‘Celebrate’ stands in marked contrast to the rest of the record but with Small Jackets you should always expect the unexpected. At 32 minutes Just Like This! is a fairly short album but it certainly leaves you hungry for more. 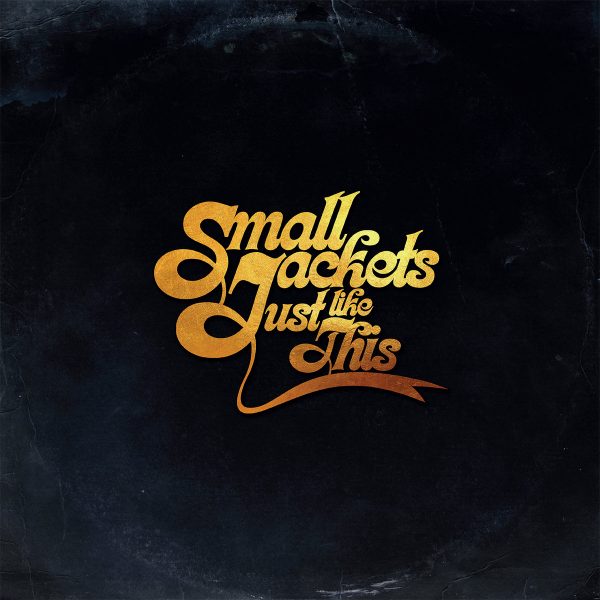