Russian Deathcore demolishers Slaughter To Prevail return with new album Kostolom. The album was announced in May along with their first new music in over a year, with accompanying single ‘Baba Yaga’ already hitting over 3 million views on YouTube and over 10.6 million streams across all platforms worldwide.

The brainchild of Russian vocalist Alex Terrible, who has amassed over 750,000 subscribers to his YouTube channel through extreme vocal covers, Slaughter To Prevail released their debut EP, Chapters Of Misery in 2016 and followed with their debut full-length album, Misery Sermon in 2017.

Following the release of the two first singles from the new album, Agony and Demolisher, the band became one of the most popular and heavily featured bands within the YouTube ‘reacts’ community, who were blown away by Alex’s insane vocal abilities.

One of the most streamed bands in extreme metal, with over half a million monthly listeners on Spotify alone, to date the band have clocked up an impressive 150 million streams across all platforms.

Kostolom will be released by Sumerian Records this Friday, August 13, album pre-orders are available here. 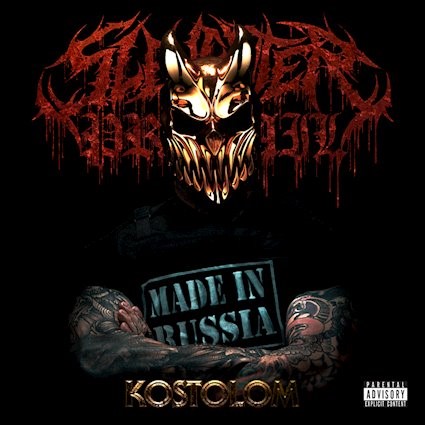