Formed in New Jersey Skid Row shot to fame in the late ‘80s on the strength of their eponymous debut album and quickly set about releasing some of the era’s best music. The Atlantic Years: 1989-1996 collects all the output from their original tenure (three LP’s and two EP’s) in one lavish set and perfectly illustrates why, decades later, the band are still so highly regarded.

My alcohol addled memory remembers Skid Row making a bigger impact on the ‘80s than they actually did so it was a surprise to be reminded that their debut album Skid Row didn’t arrive until January 1989. But what an arrival! Openers don’t come better or bigger (or more bombastic) than ‘Big Guns’ and it encapsulated all that was great about ‘80s metal; squealing guitars, tenacious hooks and pounding drums are all wrapped up in a delicious melody and once you hear that opening riff, there’s no turning back. The totally un-PC ‘Sweet Little Sister’ follows and, if released in 2021, would have today’s generation running to their safe space. Inserted at behest of the record company ‘Can’t Stand The Heartache’ let’s the side down but things get back on track with the bass heavy ‘Piece Of Me’ and smash hit single ‘18 And Life’.

Due to the musical climate Skid Row were lumped in with the whole hair metal scene, but don’t confuse them with vapid bands like Poison and Vain. Skid Row had plenty of musical chops and a street level (dare I say punk) attitude that set them apart from their peers and the whole of Skid Row has a manner that renders it slightly dangerous; songs about loose women, street fights and general debauchery don’t come much better that ‘Makin’ A Mess’. Penultimate track ‘I Remember You’ was the album’s third single, a schmaltzy ballad that was guaranteed a chart placing back in the ‘80s but things really hit top gear with the aptly titled ‘Midnight/Tornado’, the outro of which foreshadowed things to come. Skid Row was an era defining album, but it’s never sounded as good as this remastered reissue.

After a Top Ten album many bands would say their next effort was going ‘heavier’ and ‘harder’ but in the case of Skid Row’s sophomore full-length, Slave To The Grind that claim was perfectly true. They dispensed with any glam flirtations in favour of a more straight forward metal sound while the lyrics became harsher, dropping the sleaze factor for songs critiquing organised religion and politics. The bluesy intro to ‘Monkey Business’ lulls the listener into a false sense of security before Skid Row arrive, swinging like a huge wrecking ball, to demolish both your speakers. In case you thought that was a fluke the title track pins the accelerator to the floor and could quite easily out-thrash Anthrax and leaves the listener windswept in its wake.

Producer Michael Wagener, once again at the helm, showed great foresight in steering the band away from their hair metal roots and Slave To The Grind was the perfect album for the times; heavy as hell but without the excesses that defined the previous decade. Overall, this is a darker, more aggressive record and even ballads such as ‘Quicksand Jesus’ and ‘In A Darkened Room’ have a lyrical depth that was absent on their debut and the wonderfully sweary ‘Get The Fuck Out’ was the perfect reply to Extreme’s rather sanguine ‘Get The Funk Out’. It’s no surprise that Skid Row took heavyweights Pantera and Soundgarden out on tour, and more than held their own. Slave To The Grind doesn’t contain a ‘Youth Gone Wild’ yet it’s a more rounded and satisfying listen and is a worthy addition to their discography. 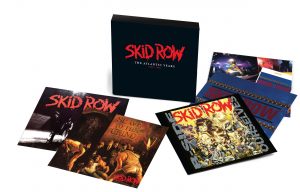 As the title suggests the EP B-Side Ourselves collects the B-sides of various singles (in addition to the previously unreleased ‘Little Wing’). All five tracks allow the band to explore their musical roots and ‘Psycho Therapy’ is an all-out blast of punk rock. Featuring a guest appearance from Faster Pussycat’s Taime Downe they out Ramone the Ramones by putting their own spin on this classic track. Sebastian Bach does a great impression of Gene Simmons on ‘C’mon And Love Me’ and becomes a fanboy while performing a live version of ‘Delivering The Goods’ with Rob Halford. At under 20 minutes this disc is fairly brief so it would have been cool to add some bonus tracks (for example, ‘Holidays In The Sun’ from the Highway To Hell/Stairway To Heaven compilation) to bolster the running time, but if you want to know from where Skid Row got their explosive sound, look no further.

Skid Row’s third full-length, Subhuman Race, was released at a time when heavy metal was at a commercial ebb and established acts were busy reinventing their sound and distancing themselves from anything that remotely whiffed of the ‘80s. Skid Row got caught up in that whole zeitgeist and this album behaves exactly how you’d expect a mid-90’s alternative record to. Gone is the bright and breezy guitar tone that illuminated early releases to be replaced by something more down tuned and dirty. Of course, this doesn’t make Subhuman Race a bad album (it’s not) but be aware that it’s different. Grungier, with fewer of guitar solos, and less fun, it’s no surprise that it alienated many party obsessed metalheads.

In many ways it’s a continuation of Slave To The Grind insofar as it finds Skid Row’s sound becoming heavier and they don’t come more heavy that opening cut ‘My Enemy’. With its chugging riff ‘My Enemy’ could rumble with Pantera (and probably win) as drummer Rob Affuso drops beats like a series of bombs but Subhuman Race’s Achilles heel is that it never really changes gear, and it’s not until the midway point that they open the throttle for the amphetamine-fuelled title track which recaptures some of their early magic. This record works best on the more rumbustious tracks (‘Medicine Jar’ and closer ‘Iron Will’) but these bright sparks are more the exception than the rule. When grunge hit many bands jumped genres and it rarely worked out well (think Metallica) and while Subhuman Race is no disgrace it doesn’t have the magic of earlier releases. 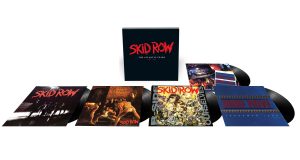 I first caught Skid Row live when they opened for Mötley Crüe and White Lion in 1989 and, with unbridled energy, they blew both those bands away and that’s exactly what you get on the live Subhuman Beings On Tour. Sebastian Bach livens up ‘Slave To The Grind’ (and the whole record) with his potty mouth and Rob Halford appears again to duet on Priest’s classic ‘Delivering The Goods’. Songs from their debut album are conspicuous by their absence but ‘Beat Yourself Blind’ (from Subhuman Race) becomes a monster in the live environment, as does an elongated ‘Monkey Business’. The decision to fade in and out between songs spoils the live feel somewhat and at 30 minutes this is another disc that’d benefit from a few bonus tracks. Previously only available in Japan this release is now available globally, and on vinyl for the very first time.

Skid Row are still a going concern but following the departure of original vocalist Sebastian Bach, they’d never reach the same commercial heights again. Band chemistry is a funny thing, a magic that only comes once a lifetime, and while the original line-up may never reform, if you need evidence of their alchemy, check out this box set. 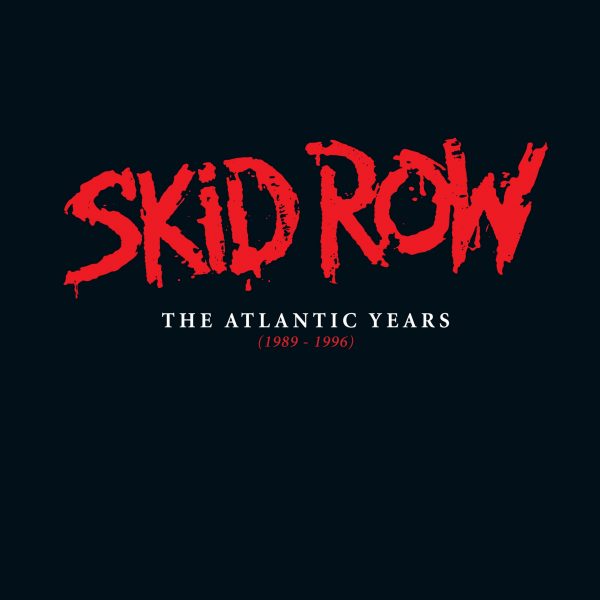