SKAM set to release their new EP ‘Intra’ on 26th February, out via X Ray Records. 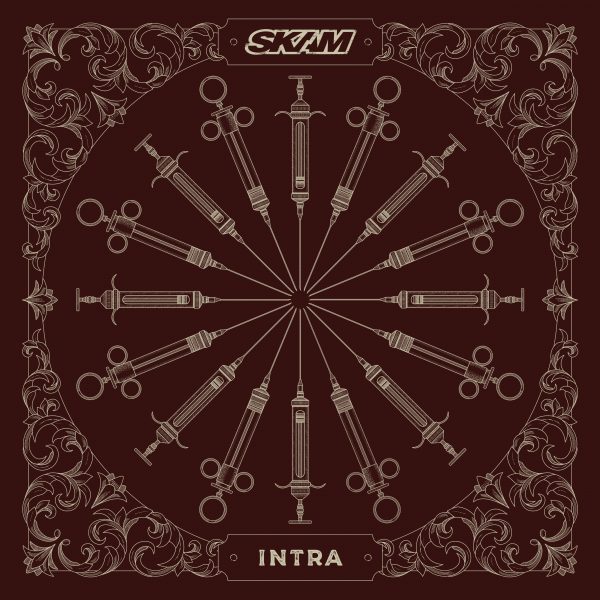 New EP ‘INTRA’ is the first EP of a 2-part anthology making up the 4th full length release by UK power rock trio SKAM. Having honed their craft the lads have gone back to basics and put together a collection of hard hitting tracks. Inspired by modern day struggles, each song focuses on a negative human trait, but sends the message that in any situation there is always hope.

This track sees the boys express the darker side of the SKAM sound, The fuzztastic buzzsaw riff heralds the story of a man with insomnia, the trouble he has getting to sleep and the thoughts in his head. All be it for a chilling reason…inspired by the strange notion that even the most innocent can have dark secrets and things hiding in the shadows.
The track itself is the perfect blend of what Makes SKAM popular, hard hitting riffs and a melodic sing along chorus. Produced by Matt Elliss.
The track features a guitar duel outro by Steve Hill of SKAM and Paul Mahon of ‘The Answer’ makes a guest appearance to add some further fire.
Steve says: “The Answer were the first band to take us on the road so will always have a special place in our hearts, Paul has become a good friend and has some serious face melting skills so I could think of no one better to offer out to a guitar duel for our track “One Track Mind” we were overjoyed when he agreed and we are so proud of the result”
Turn it up loud and enjoy.