Sinnergod will unleash this on 9 September 2016 to an unsuspecting public, and then probably have a pie afterwards…

I live in Warrington, and Sinnergod are a quintet of goth metallers from Wigan – making them local rivals for me, geographically speaking. Wigan is probably best known around here for the ‘Wigan Kebab’ – or a pie in a bap. Fans of the Roman Empire might also know it as Coccium. I just wanted to write that because the name makes me laugh. In terms of famous locals, they’re up against Limahl, Kay Burley, George Formby Jr, Roy Kinnear, and the British Bulldog Davey Boy Smith.

As you can probably imagine, I was more than prepared to mock this album mercilessly. I really was. But I can’t – I actually really like this album. It’s heavy, and delivers a satisfying punch, serving up a veritable feast of goth-rock flavours along the way.

Sure, it’s cliché-ridden at times – the opening minute of the album is all soft pad sounds, for example, and it’s not the only track that opens this way – but any band that can veer from the 30 Seconds To Mars stylings that follow the pad sounds and then turn right around and hammer you with the likes of ‘Burn’ get away with it as far as I’m concerned. Crooning harmonies right out of the Alice In Chains playbook, these guys wear their influences firmly on their sleeve, but still manage to deliver something that’s very much their own.

Do they do guitar solos? Check. Thumping great big riffs? Check. Soaring vocal lines that you can sing along with? Check. Industrial keyboards and plenty of samples? Check. Vocals from the nu-metal school of growling? Check, and then some. Mopey and downbeat? Well, actually, no, it isn’t. Somehow, despite sitting firmly in the goth-metal camp, there’s an infectious energy and a sense of fun running through it that elevates it and makes you want to listen to it again. I mean, it’s dark, but it’s the fun kind of dark. Even when they slow it down, as on ‘Supernatural’, it’s still all about the slow build to a great guitar solo.

Sinnergod seamlessly blend electronica and rock together to make a coherent, vibrant, nigh-on-anthemic album. For a sophomore album, this is ridiculously accomplished. With nods to the classic goth staples sitting alongside heavy metal and nu-metal riffage and industrial touches scattered throughout, this is a blend that manages to be at once familiar yet still distinctive and unique. It’s a brilliant album, and I hope it gets the coverage it definitely deserves. 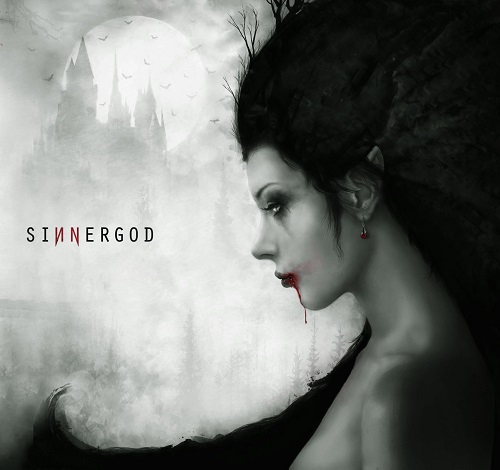